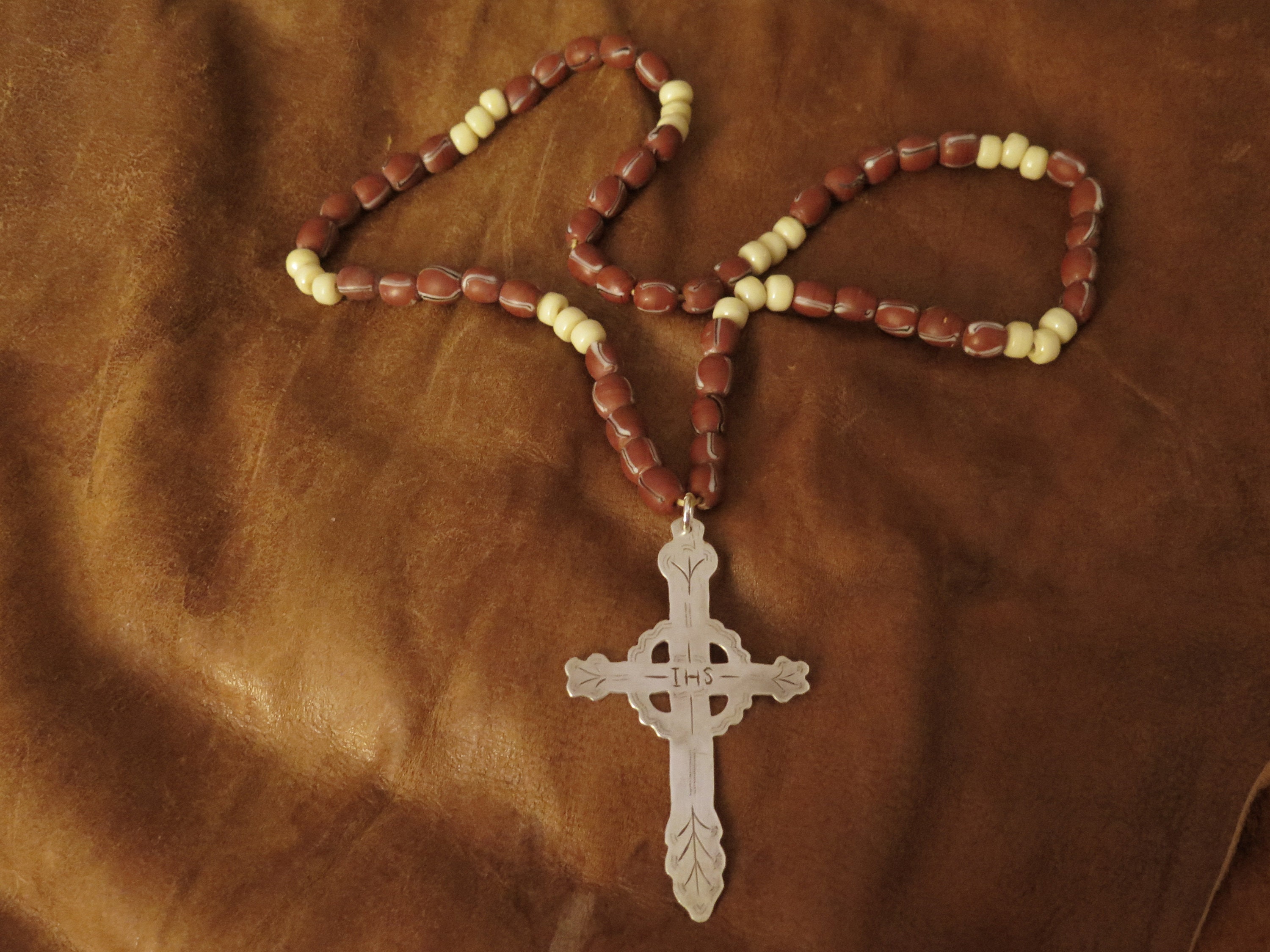 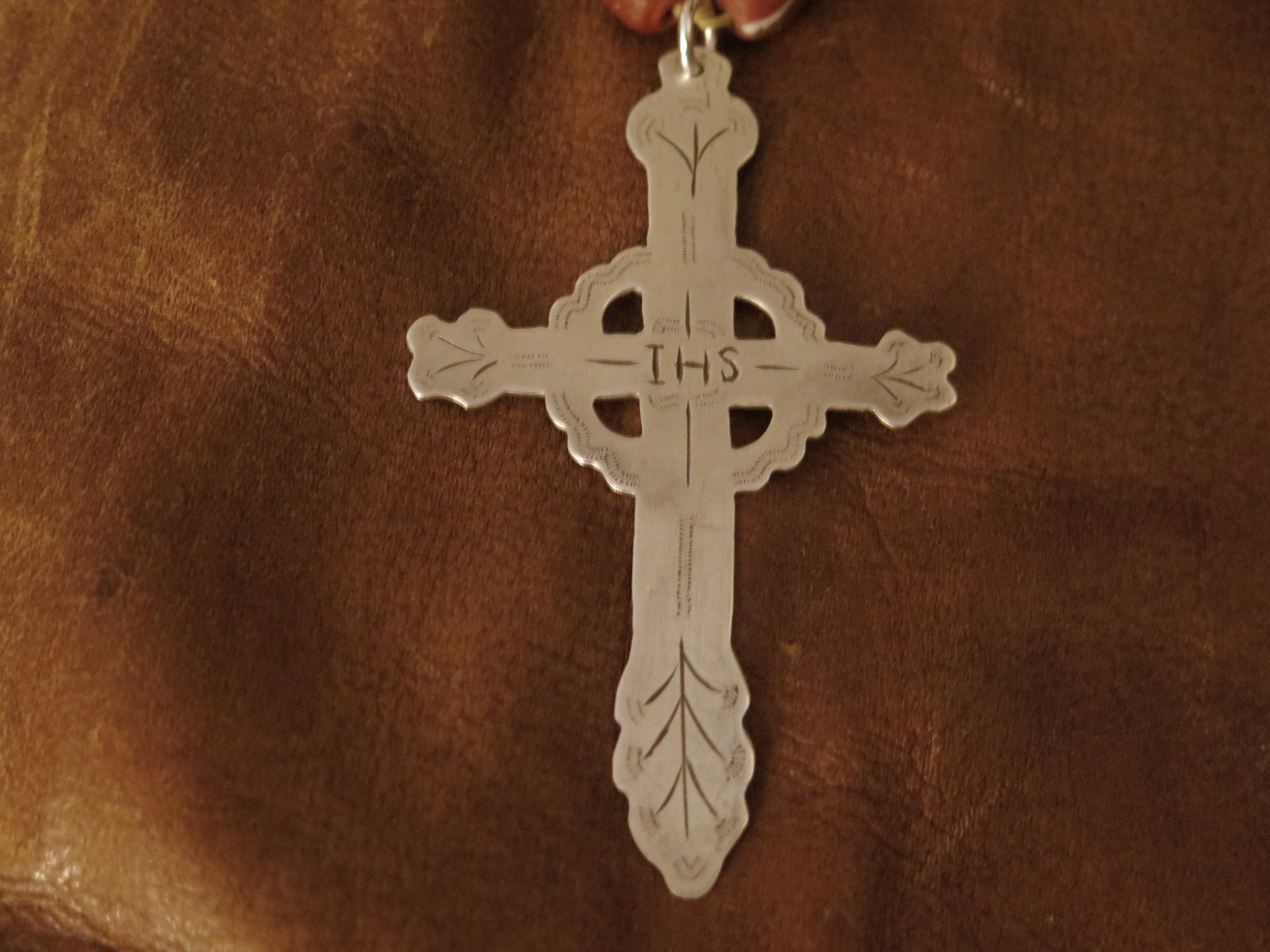 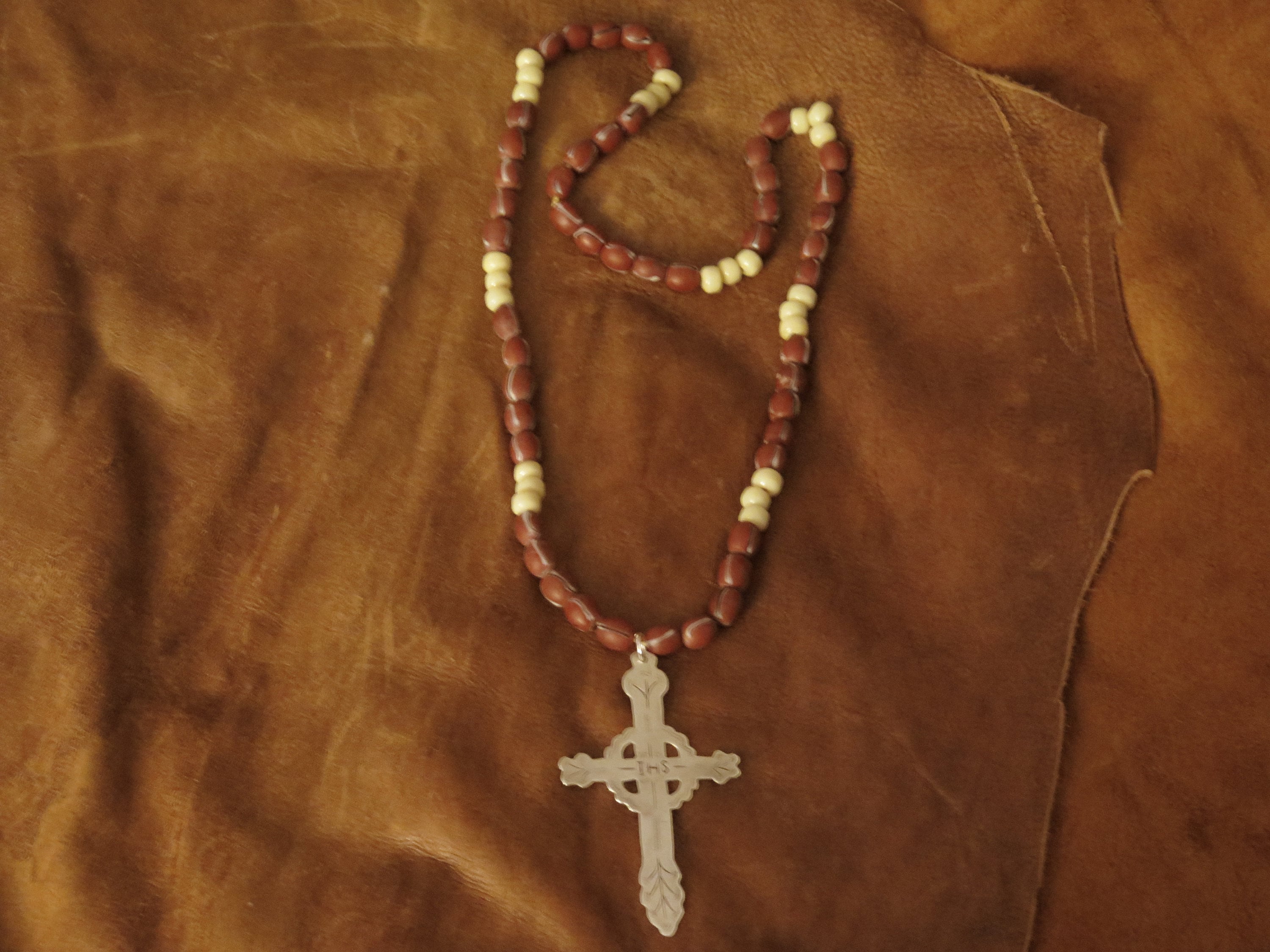 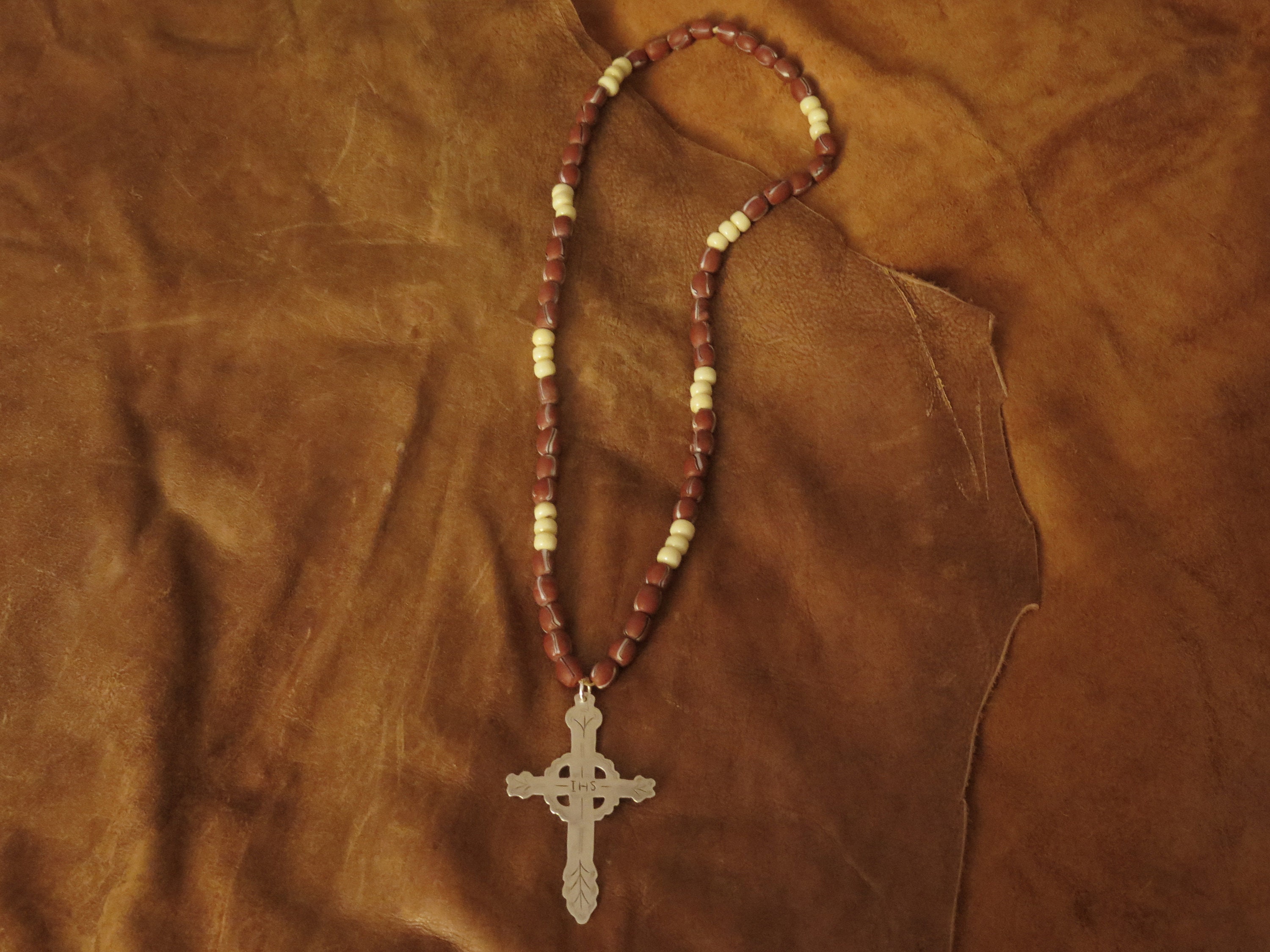 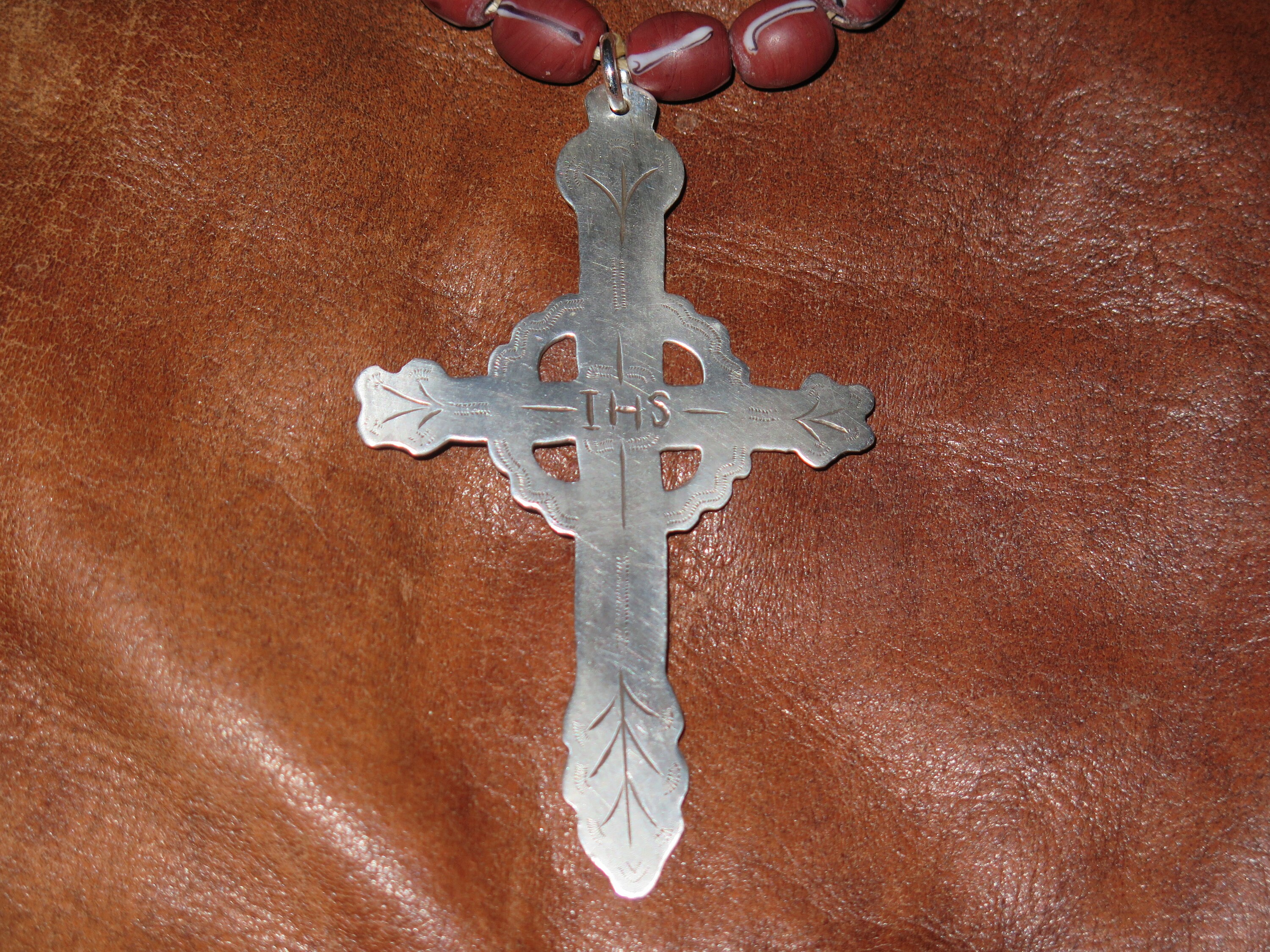 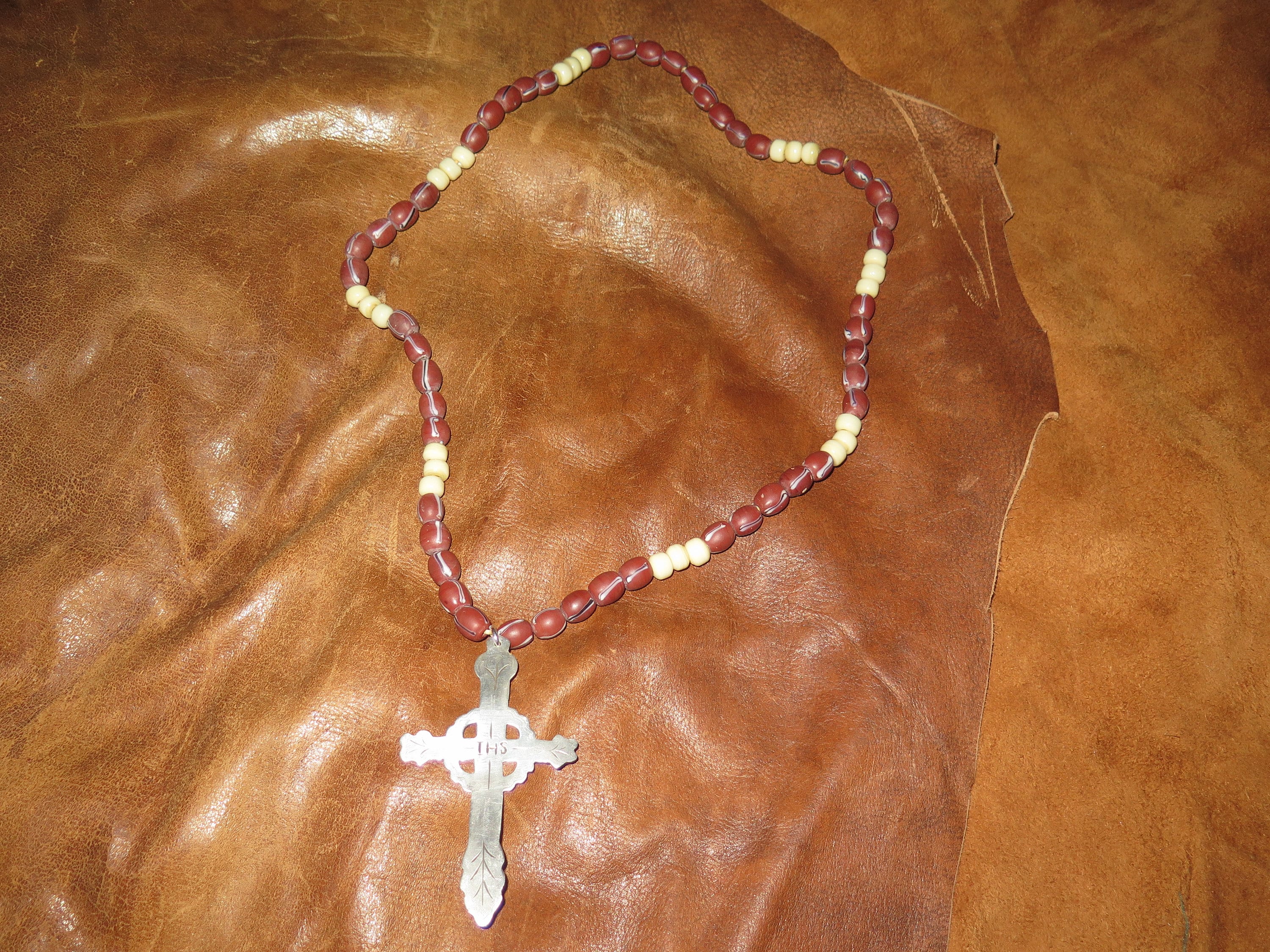 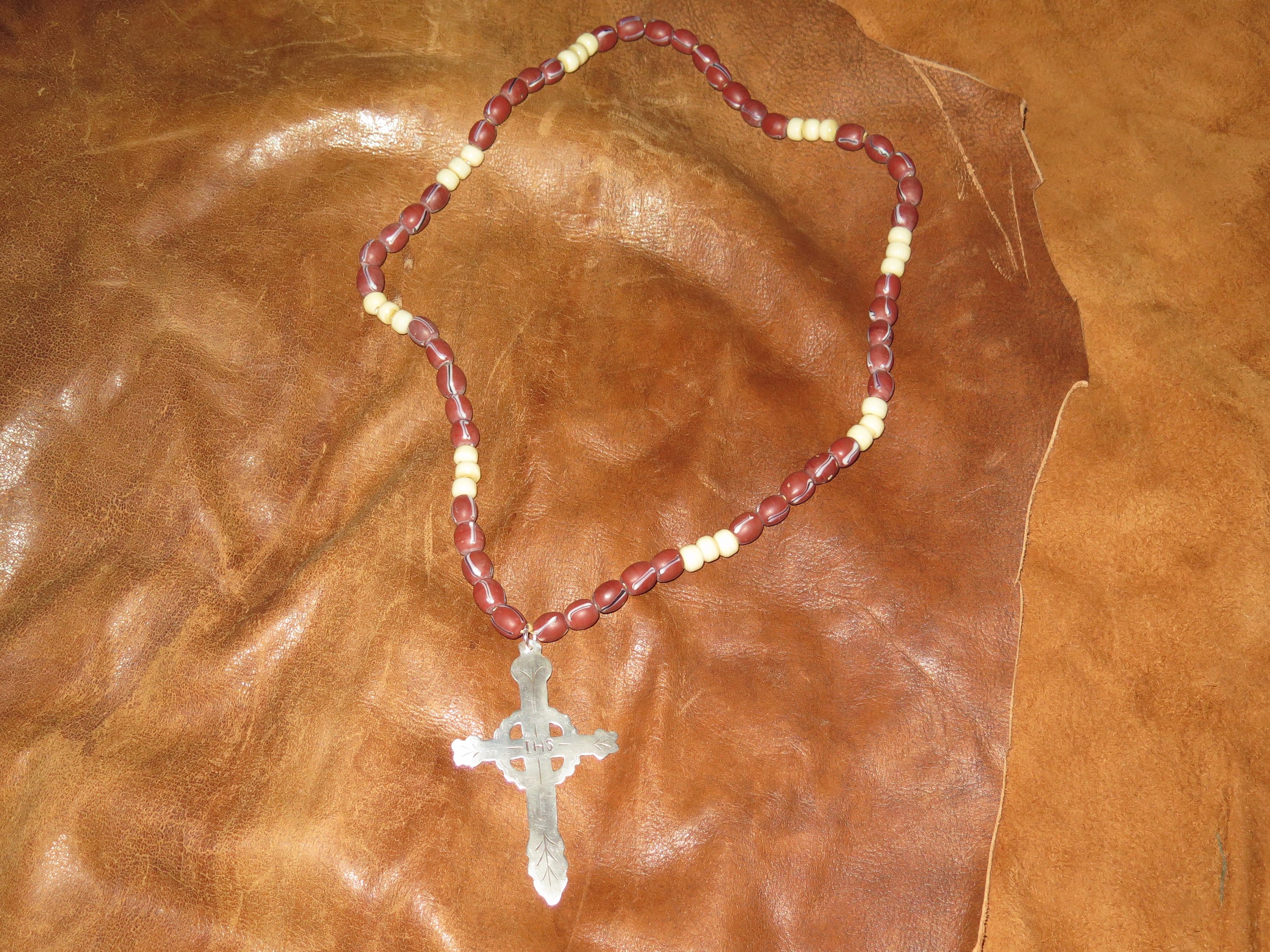 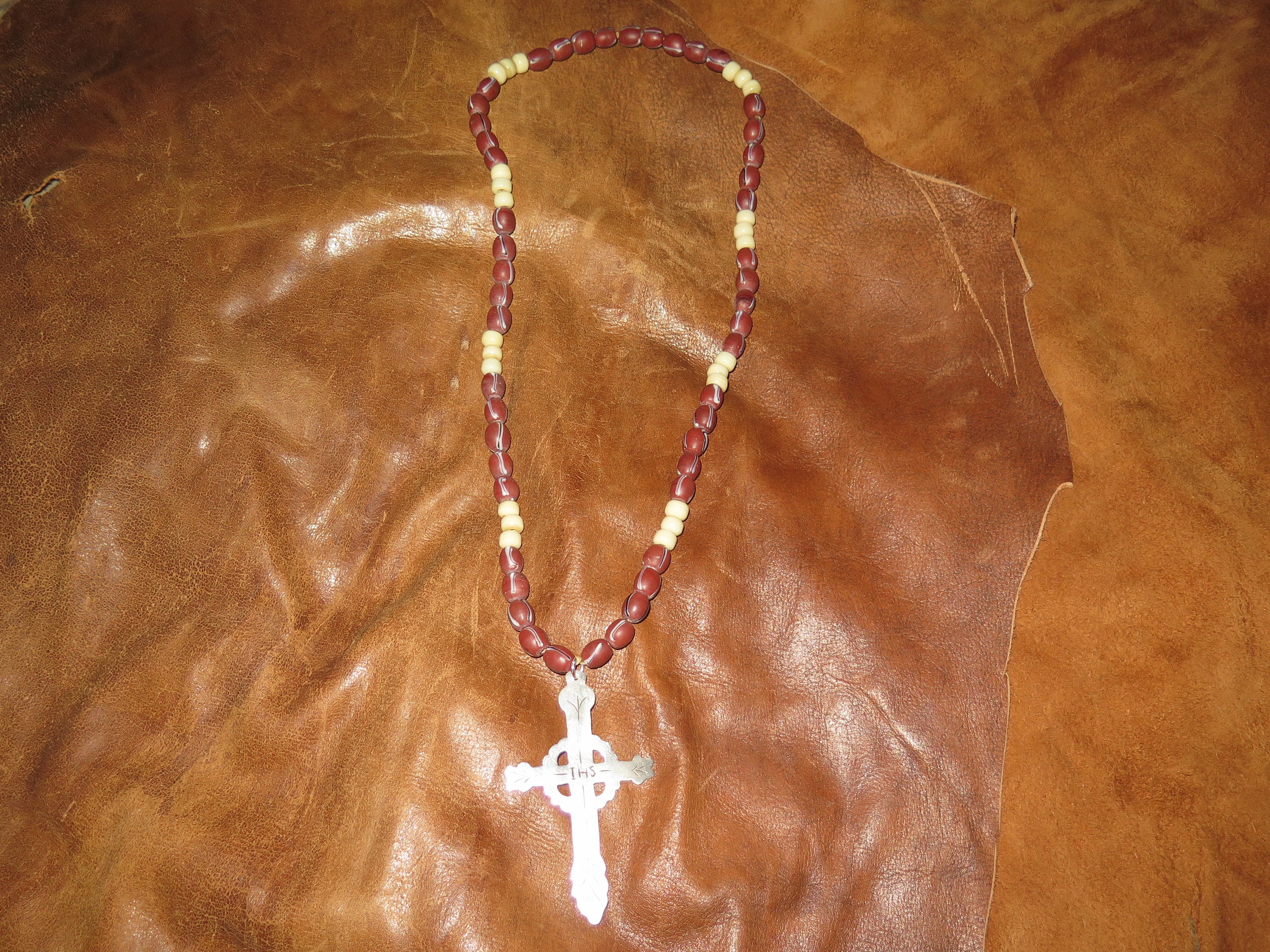 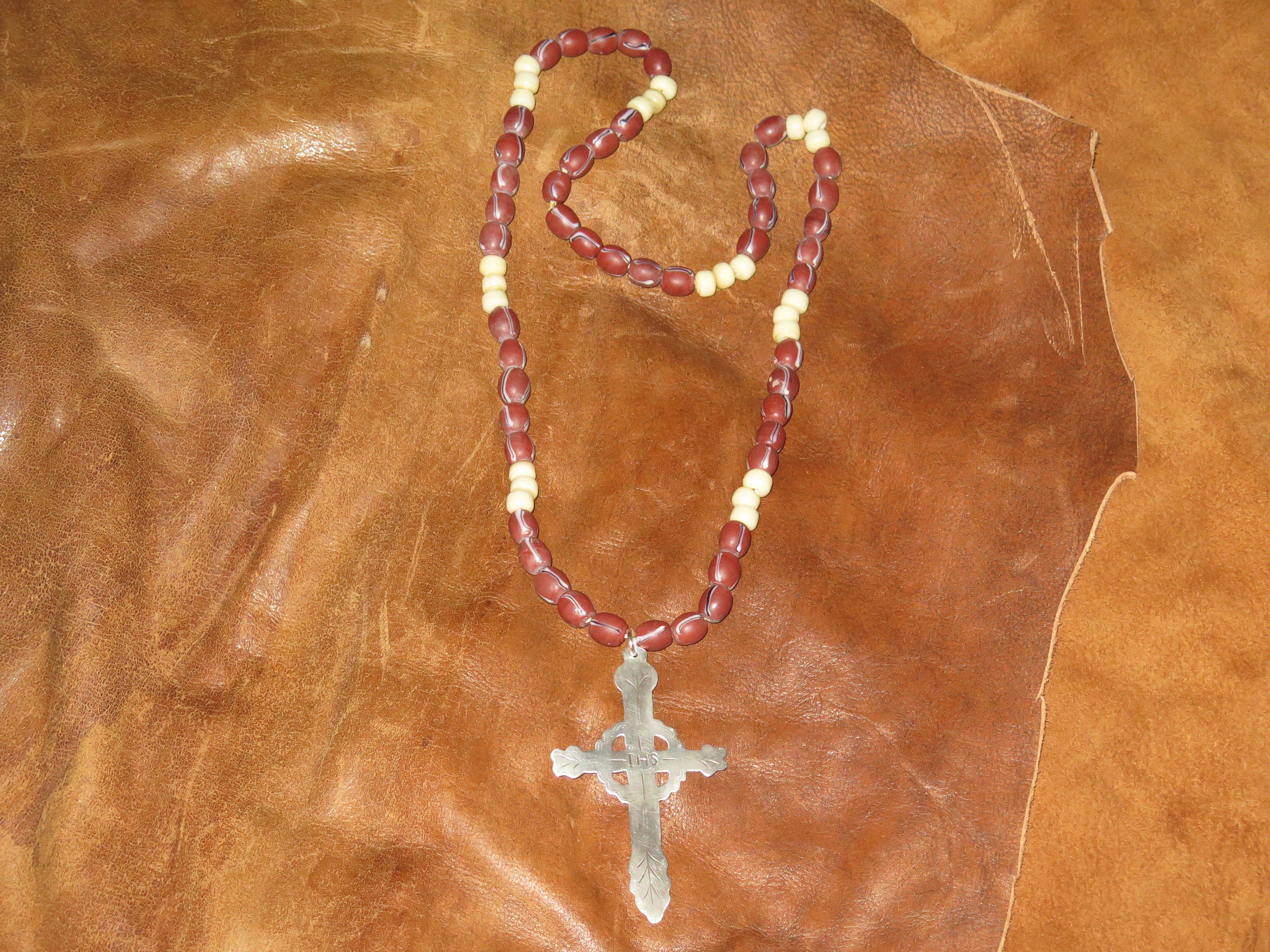 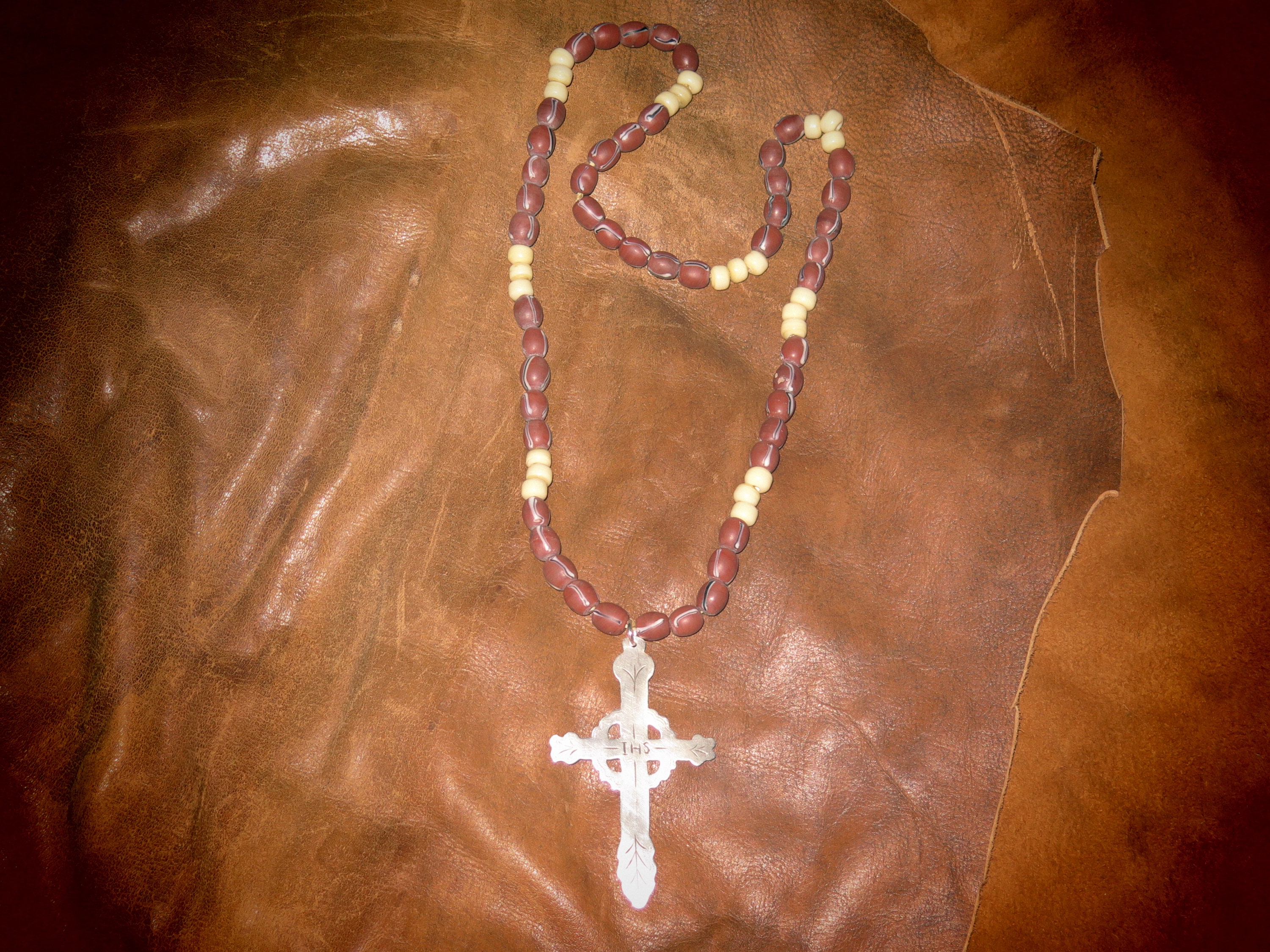 IHS (also IHC), a monogram or symbol for the name Jesus

The use of makers' marks by these craftsmen have make it possible to trace these pieces back to maker, location and date. These early craftsmen used hand-made iron punches, chisels and saws to cut the intricate designs. Then they finished the piece by hammering the silver on a polished iron block (doming), filing, polishing and lastly, engraving. (5) Because of the high demand between 1780 and 1820, trade silver became a mainstay of the silversmiths' trade. (6) The most important requirement from the trader's point of view was that the pieces be thin, both to reduce cost and to make the silver light for transportation into the interior.

Northeastern tribes - who at first had little in the way of metal-working crafts - placed great value in silver jewelry in specific styles. An active trade in sterling silver brooches, rings, earrings, and other pieces flourished through the fur-trade era of the 17th through mid-19th centuries.

Associating pieces of trade silver to a certain historical date or narrow time period is very difficult. Most of the artifact pieces are dated by their makers' marks, and makers generally produced items over several decades of their career. Generally the more basic the silver piece, the earlier the time period. The simpler rings - with few or no piercings, the crowned or weeping hearts, the plainest crosses, and nosebobs - are the ones which date to the early to mid 1700s although these designs were not necessarily dropped in favor of the more ornate work. The more elaborate pieces with fancy-shaped or multiple cutouts were generally not produced until the late 1700s to 1800s.