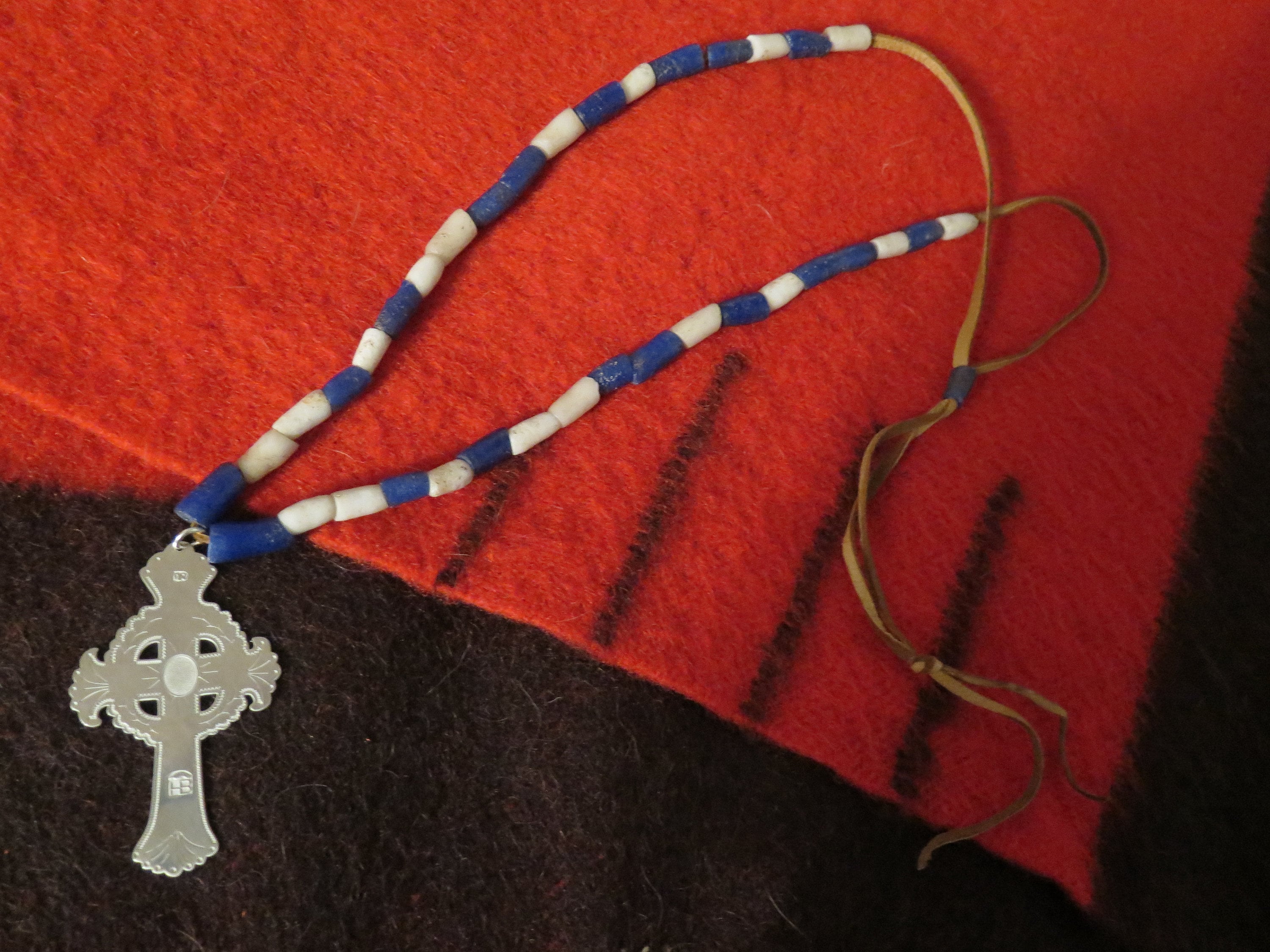 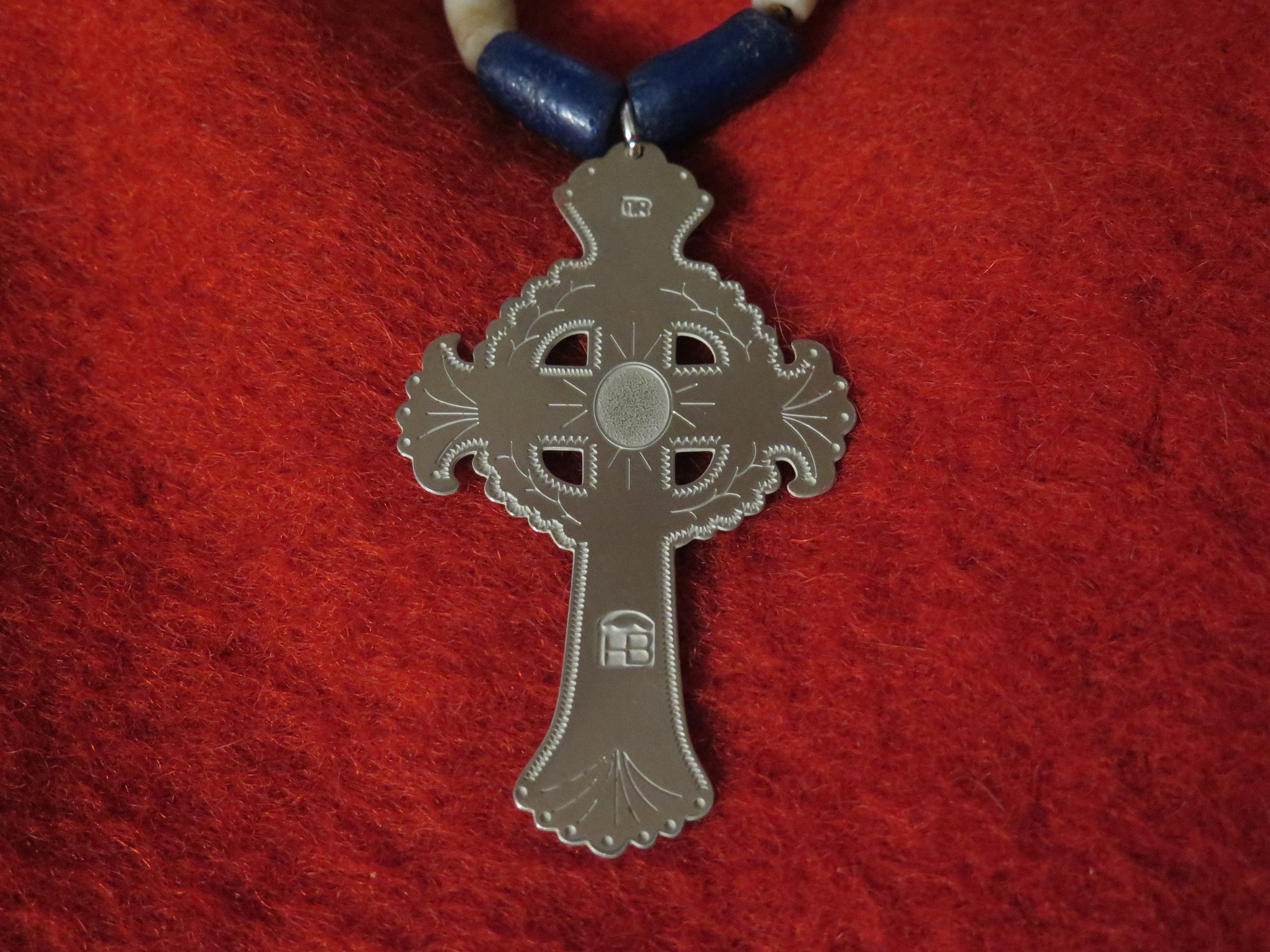 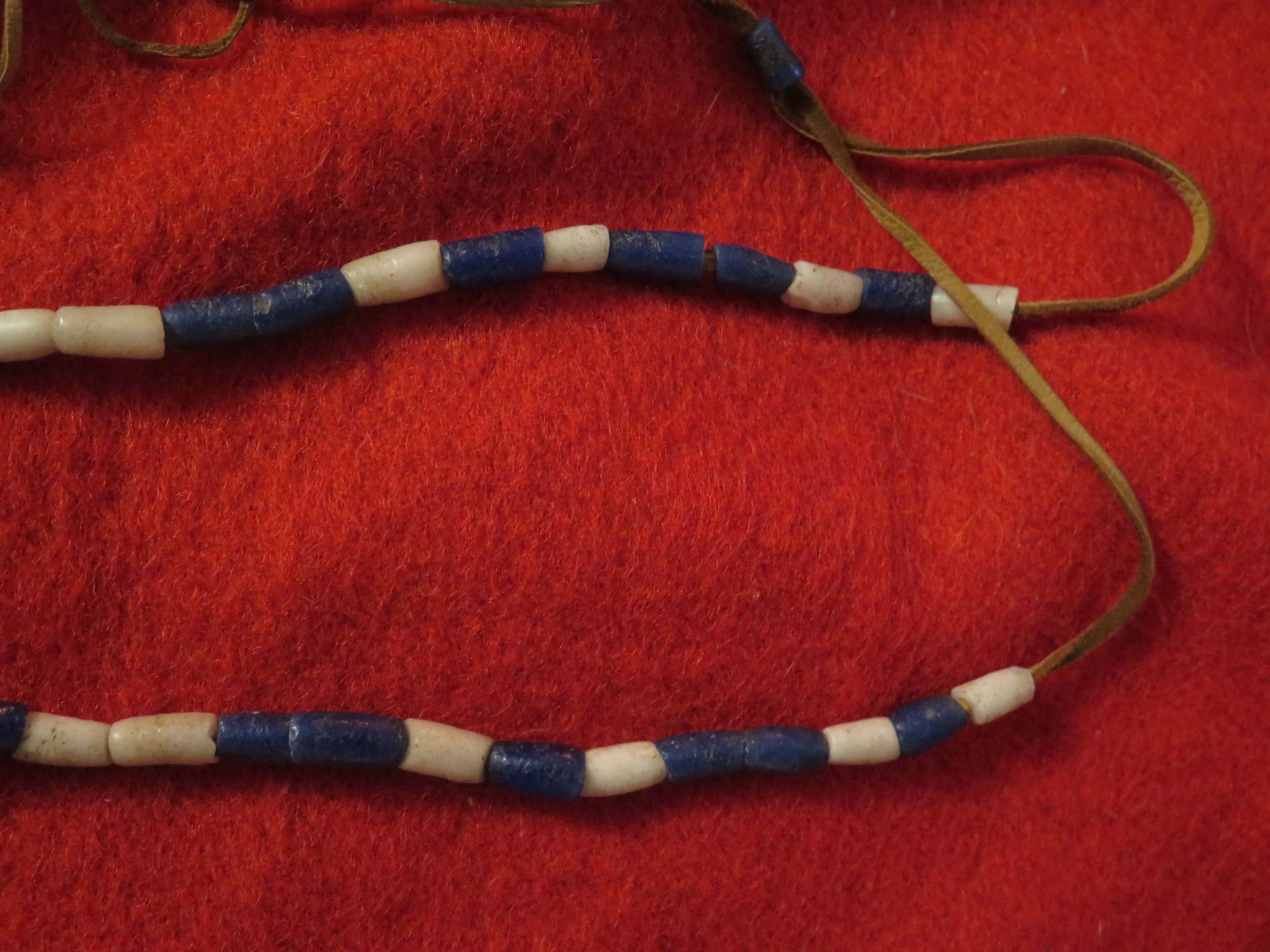 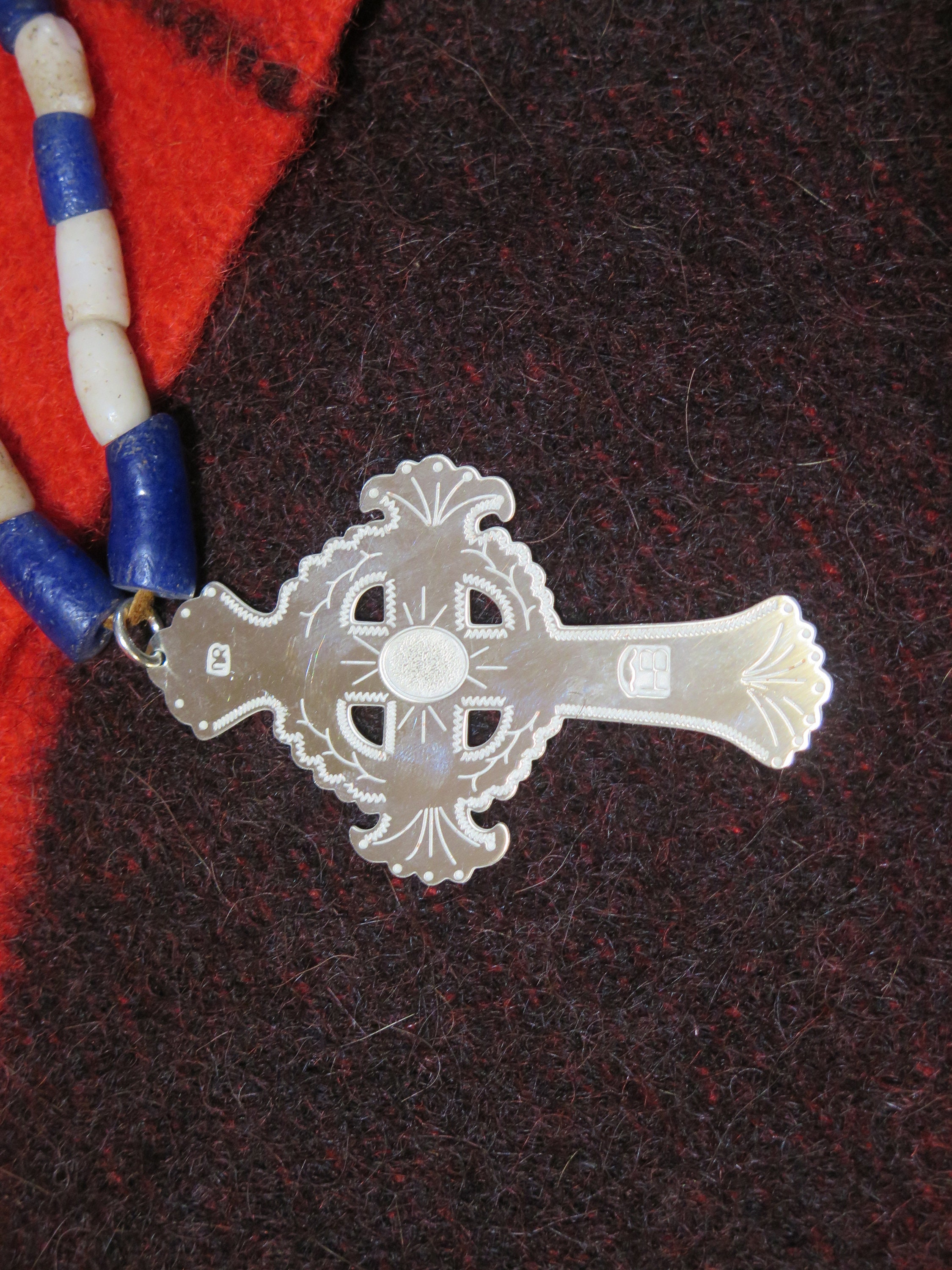 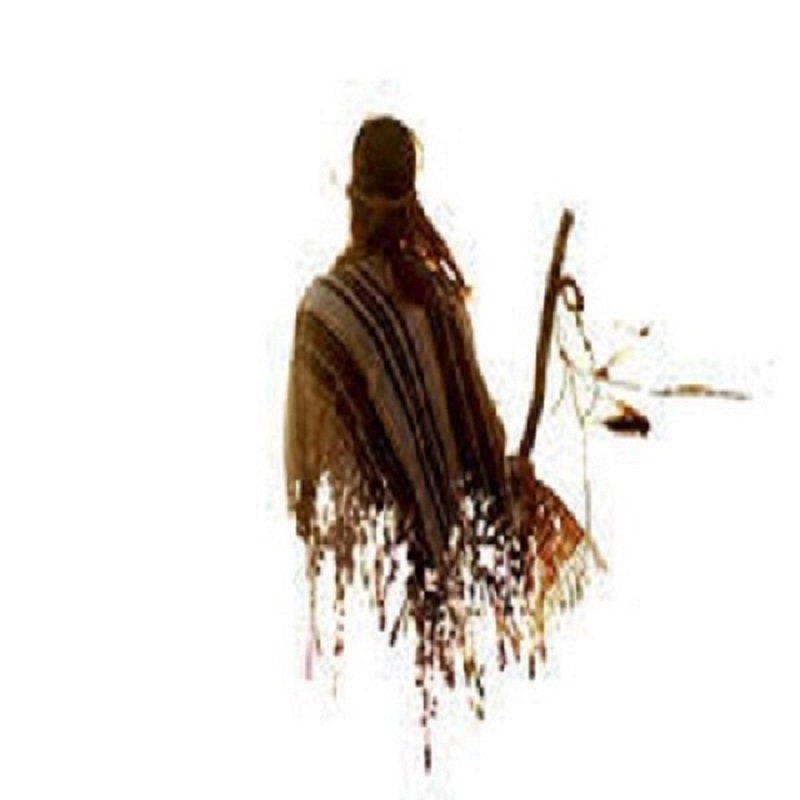 The colorful beads and silver or copper or pewter pendants (above) are representative of the trade goods bartered between French fur traders and Native Americans throughout New France (Canada) in the 17th and 18th centuries.

Hudson Bay 18" Adj. Trade Necklace, Celtic Cross HB Touch Mark at its best ....Medium sized budded Celtic cross. Design attributed to Narcisse Roy, and sold by the Hudson Bay trading company. The "NR" and "HB" hallmarks are visible on the front. Measures 3 3/8" by 2", highly polished German Silver with ring. The oval on the front is sized for a 9 x 6 mm jewel, stone, or waumpum piece; add your own favorite color and material to make your piece unique...The Beads are very old Russian Blues I was told and necklace also has Old Glass White bead also strung with Smoked Brain tan leather Hide. I know the Beads are very old and the
Hudson Bay Trade German Silver Celtic Cross is a beautifully duplicate of original a piece from the Fur Trade Era.

Thank you for looking

Hello Ronald Thanks for this nice piece of history ,i enjoy to have it now. Very good work. Anytime again i will buy from you. friendly recards Peter