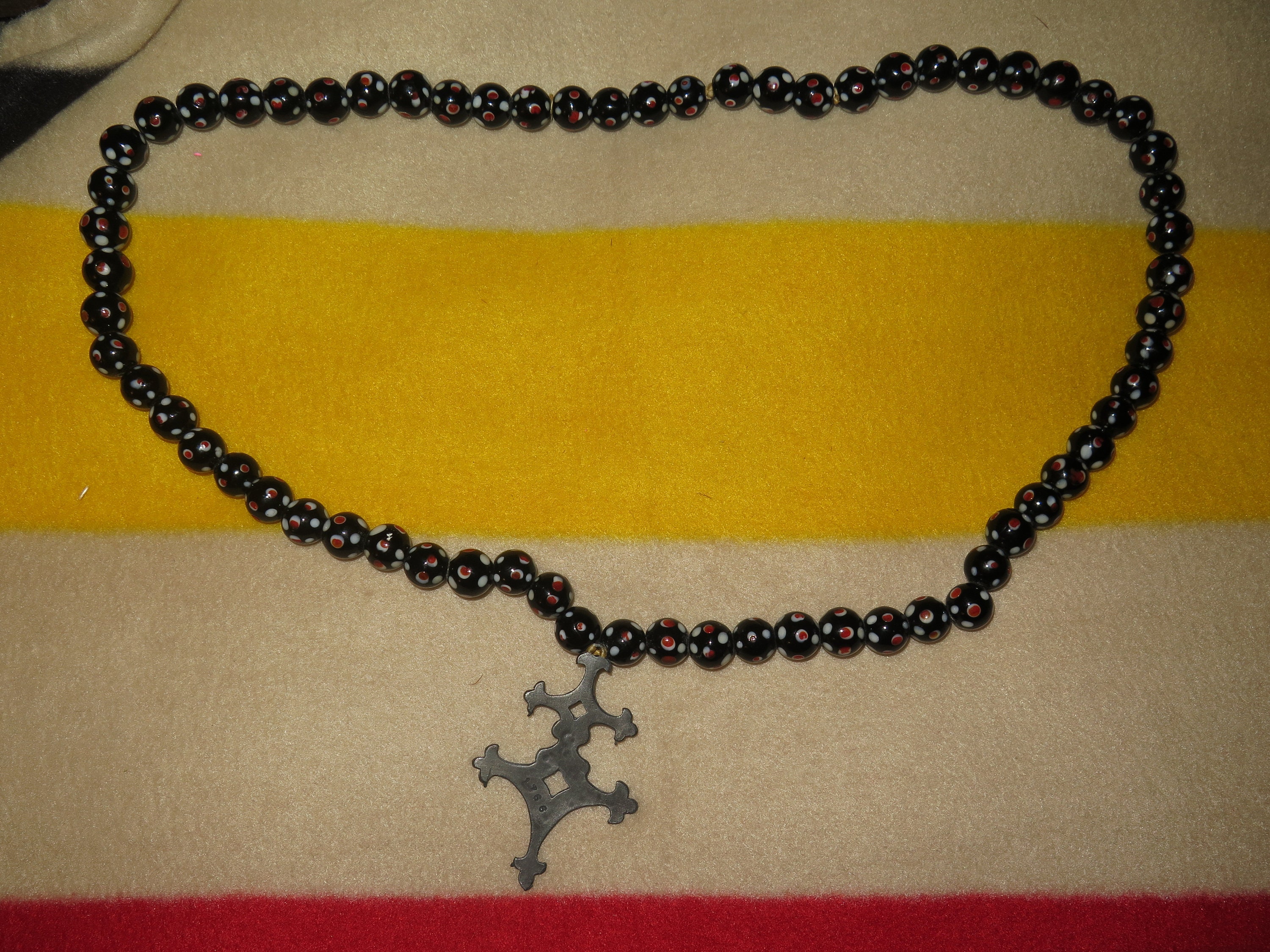 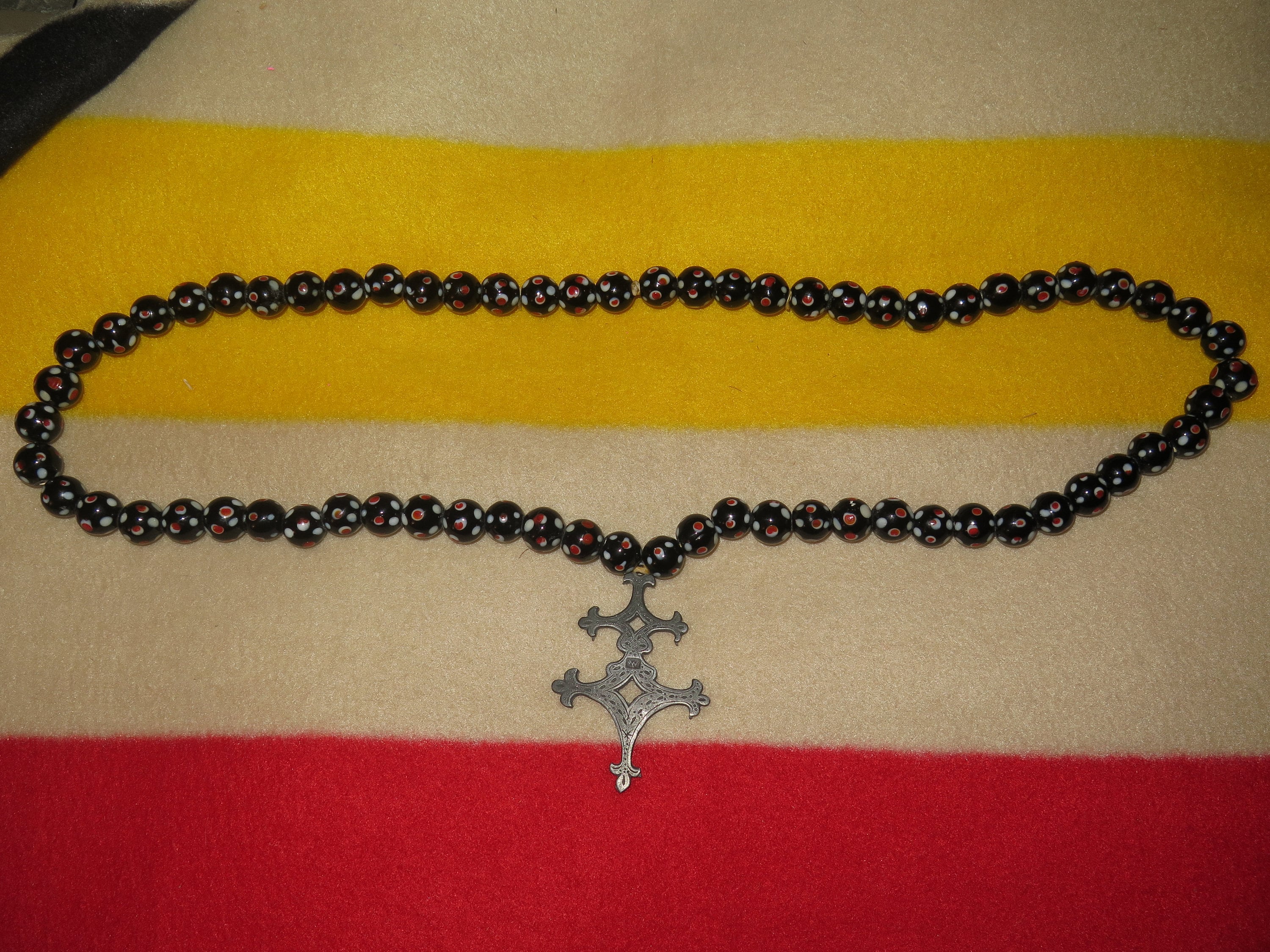 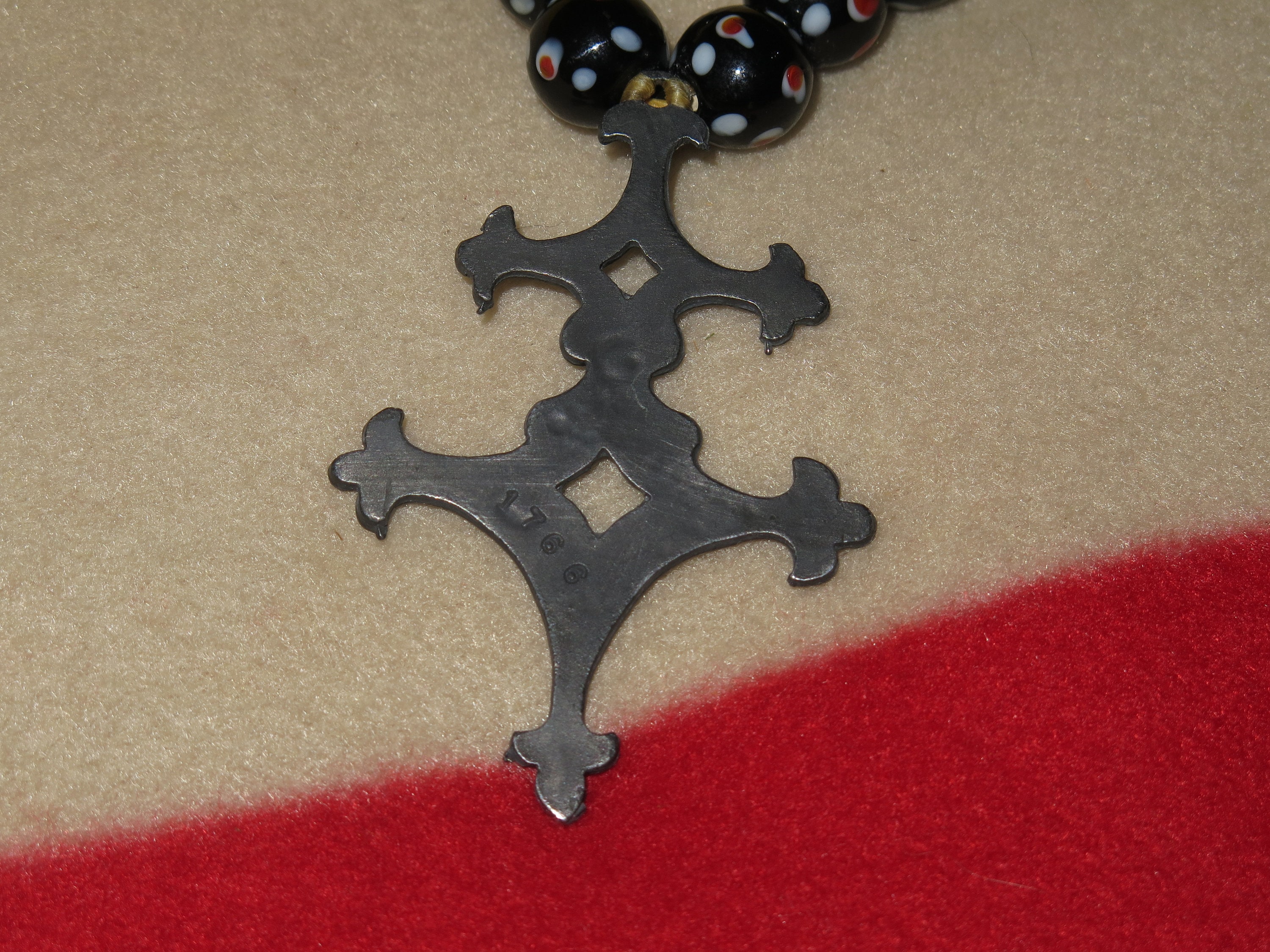 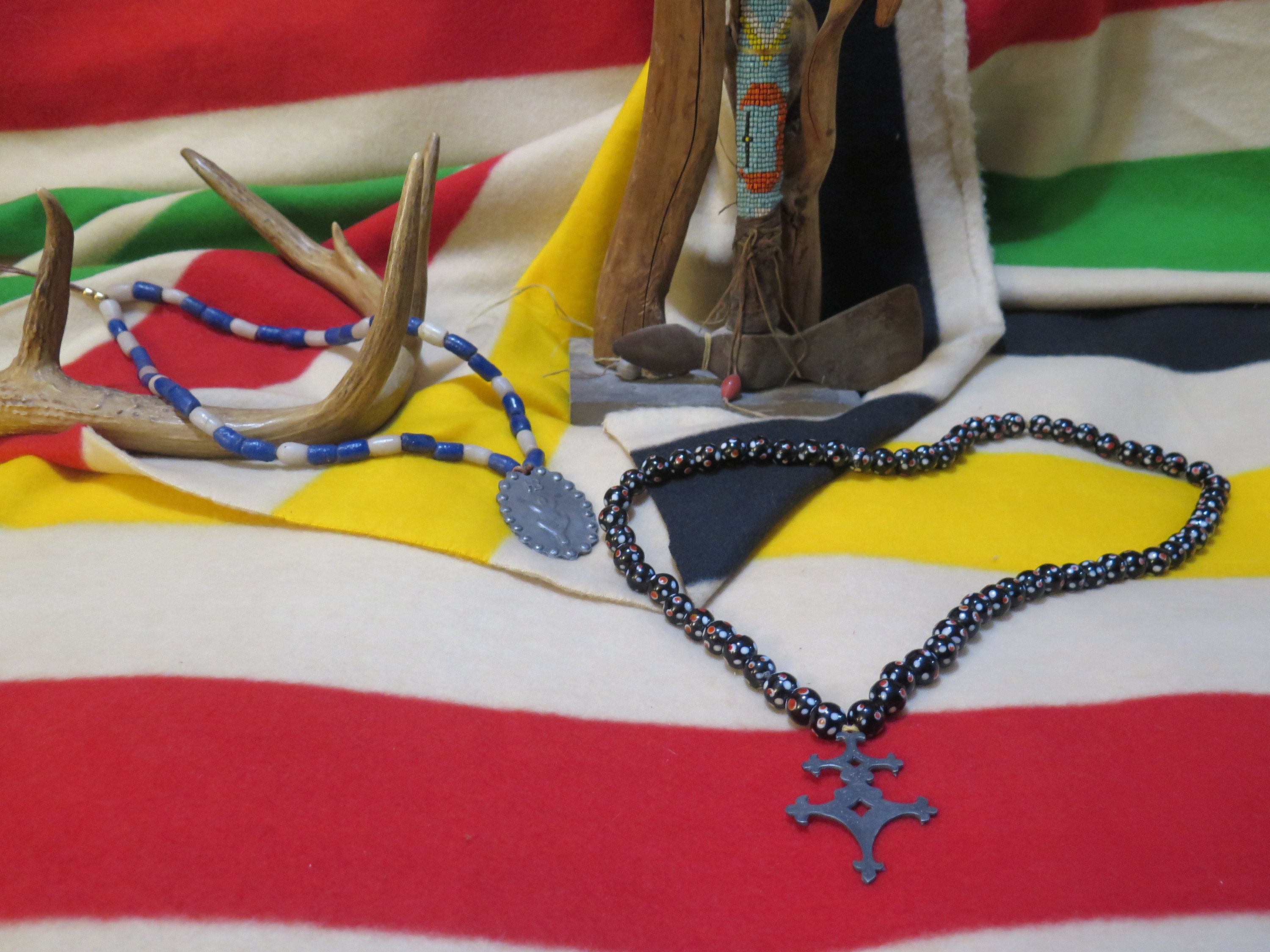 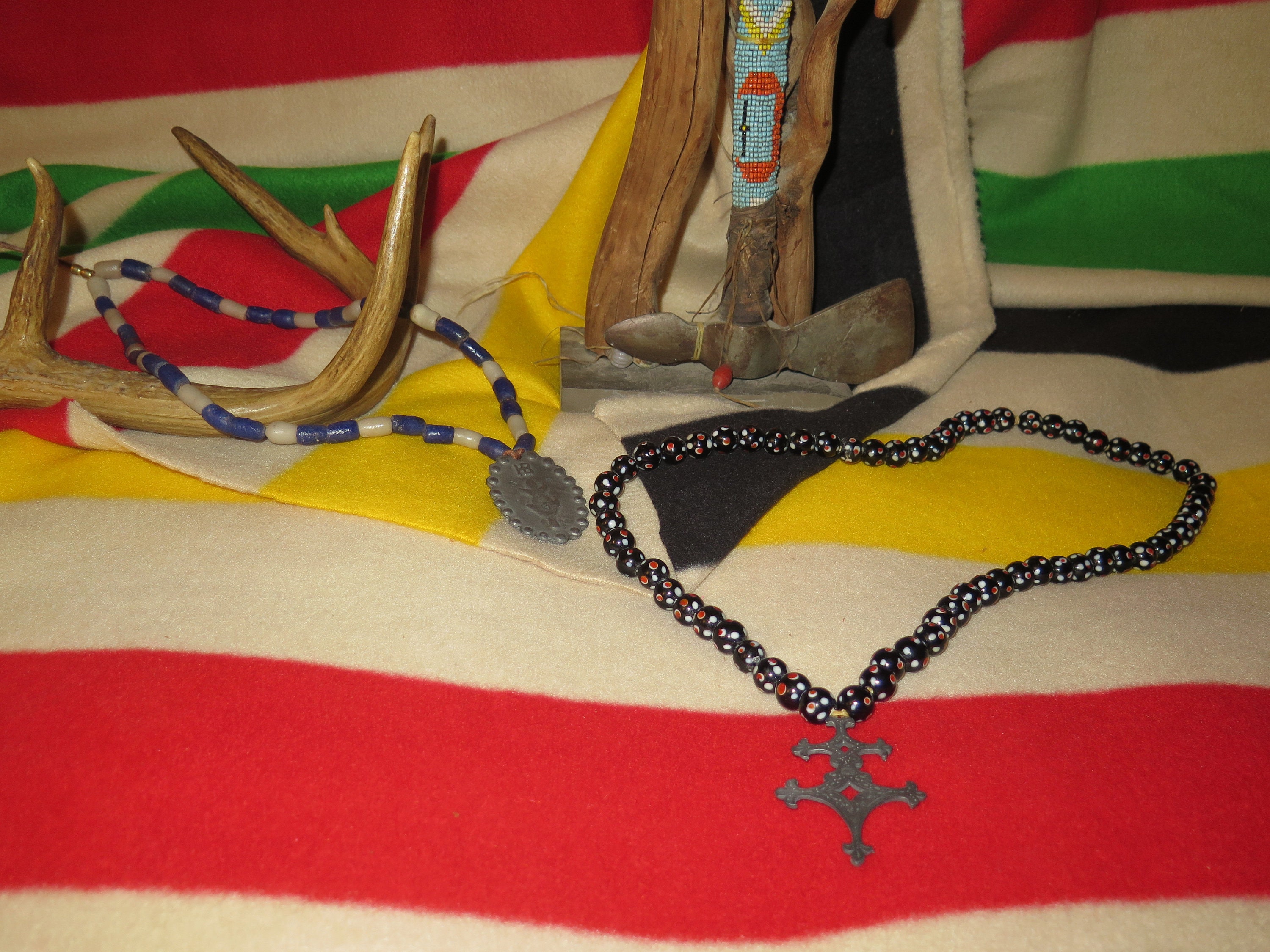 Hudson Bay Fur Trade Montreal Cross Cross Pendant Dated with touch marks on back 1766. Measures 2-3/4" long by 1-7/8" wide. There laced in sinew with Old Style Hudson Bay Eye Bead Columbia Red Black Trade Beads on the necklace. The necklace will measure 30" long. Our pewter pendants are faithful reproductions of original pieces from the Fur Trade Era and are finished in a Patina or an antique color. These pendants Crosses were worn by Fur Traders and Native American and were common among-st and through out the Eastern Northeast Northwest and Great Lakes Indians.