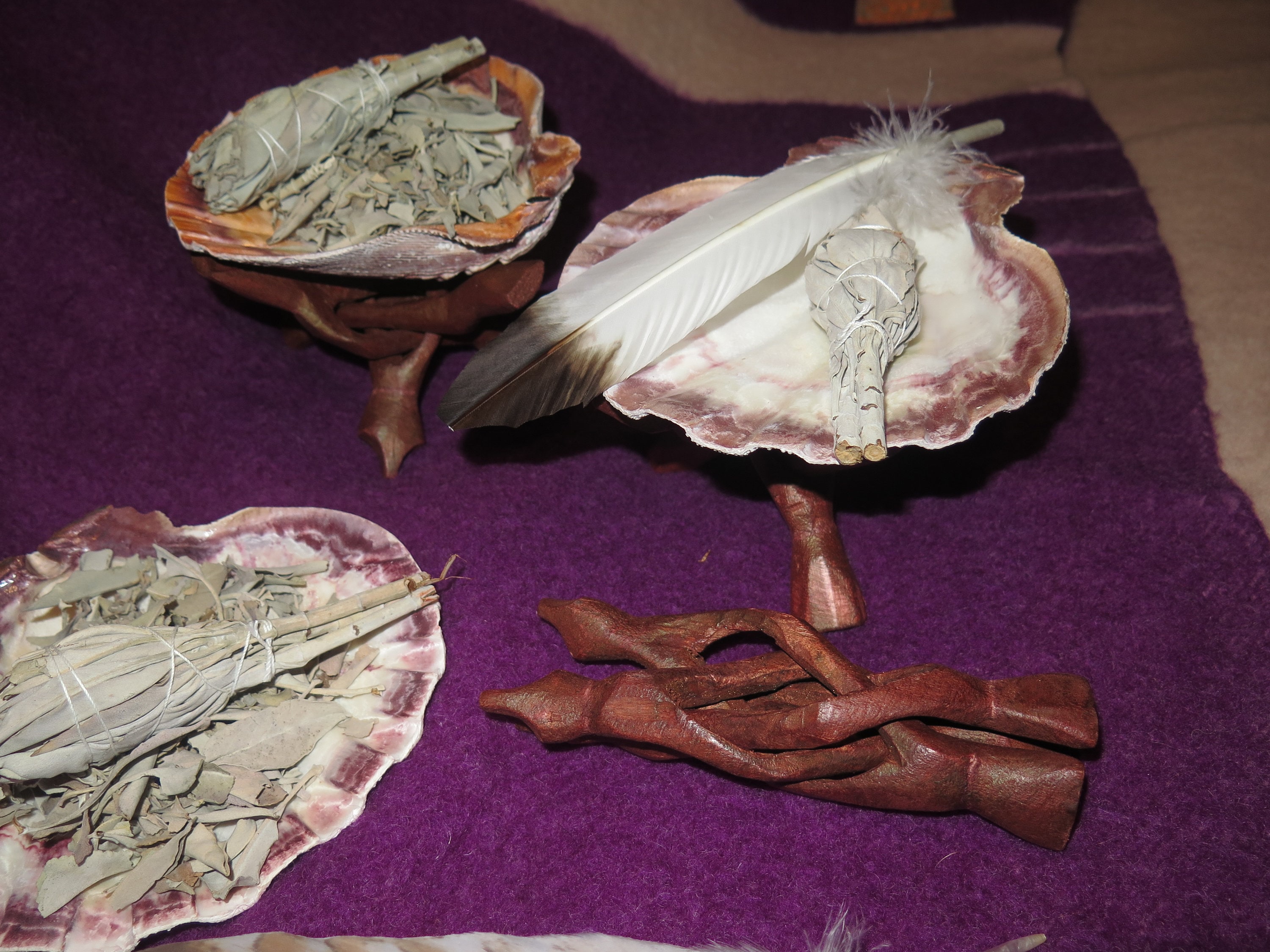 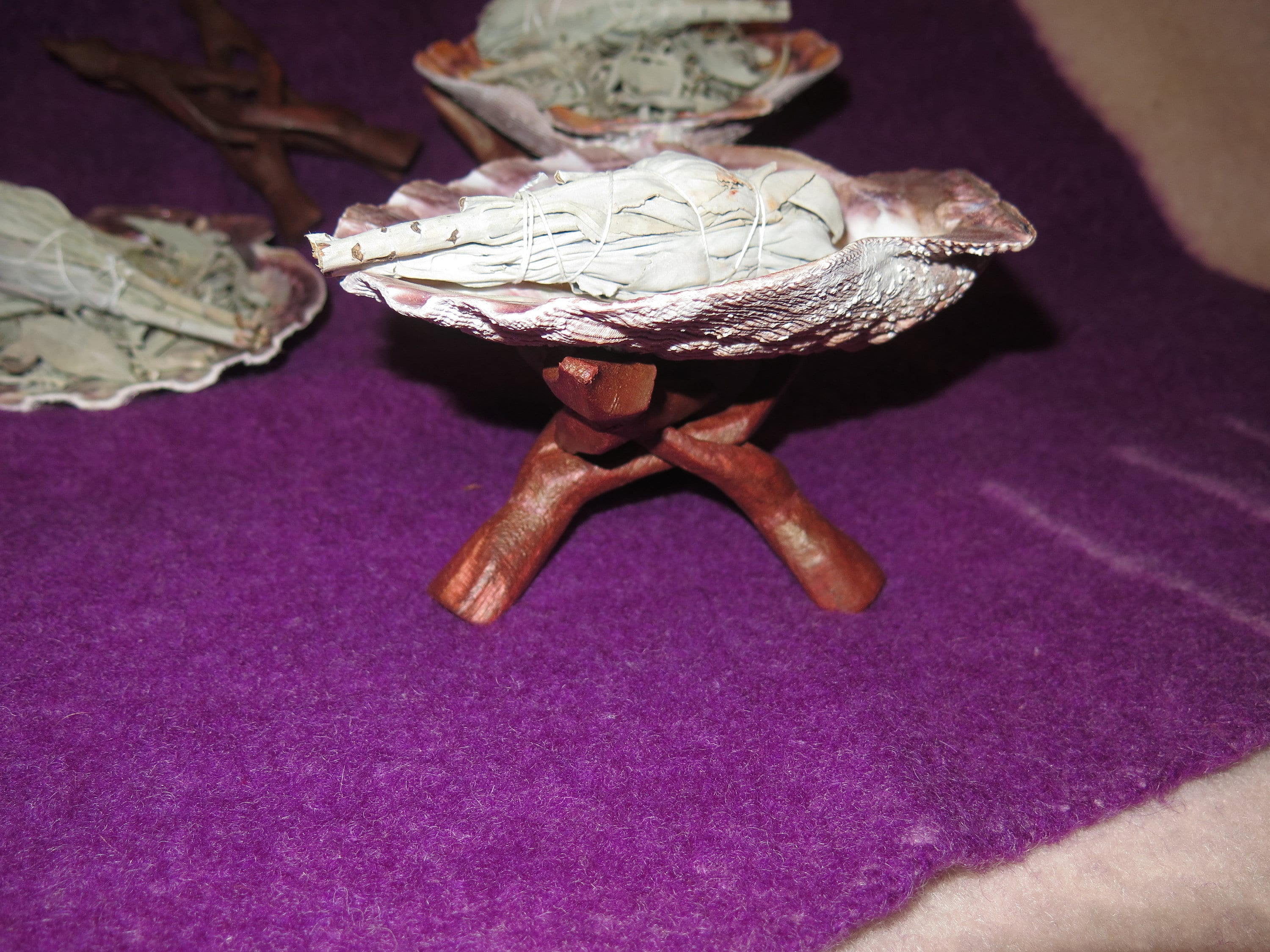 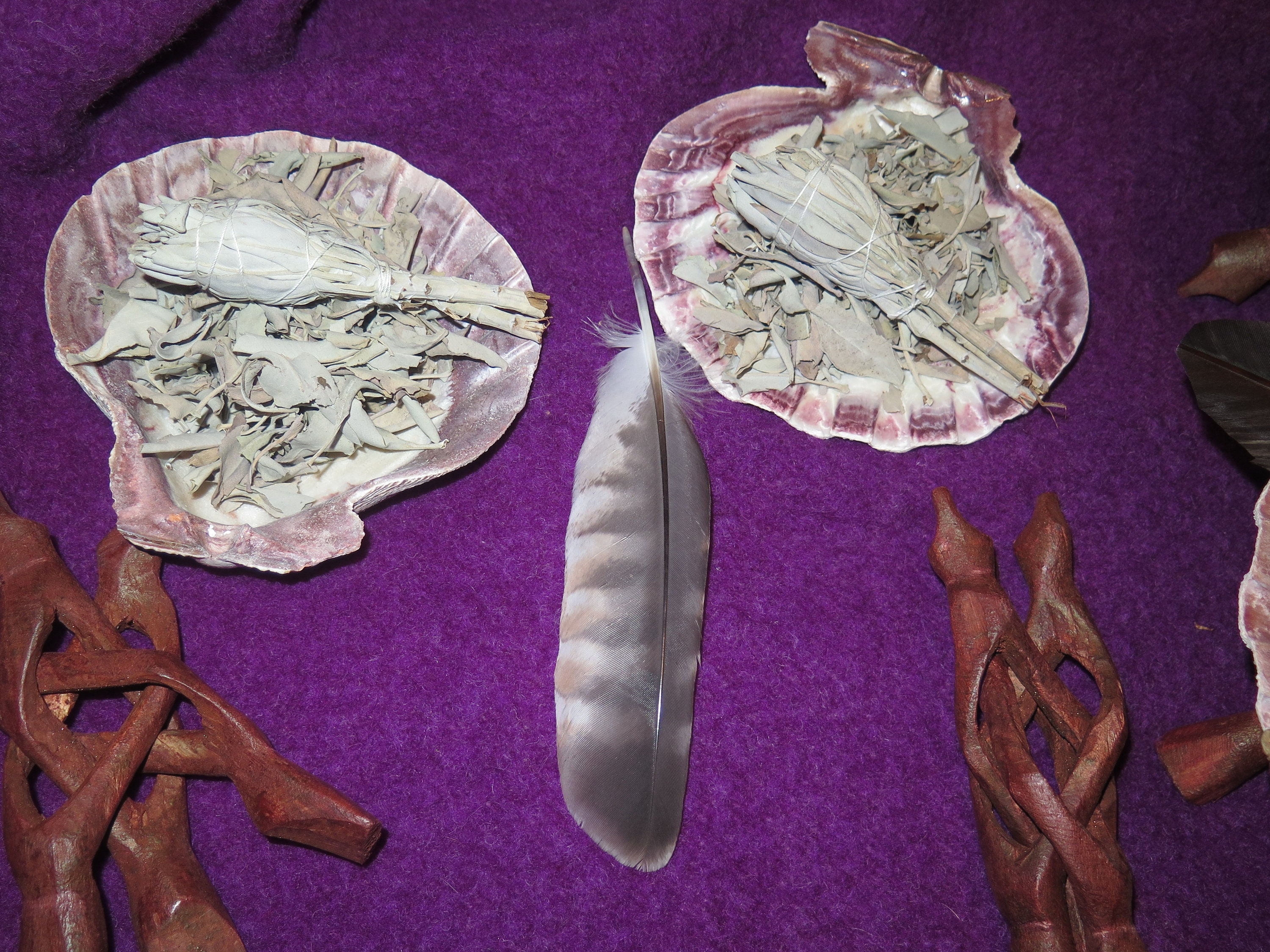 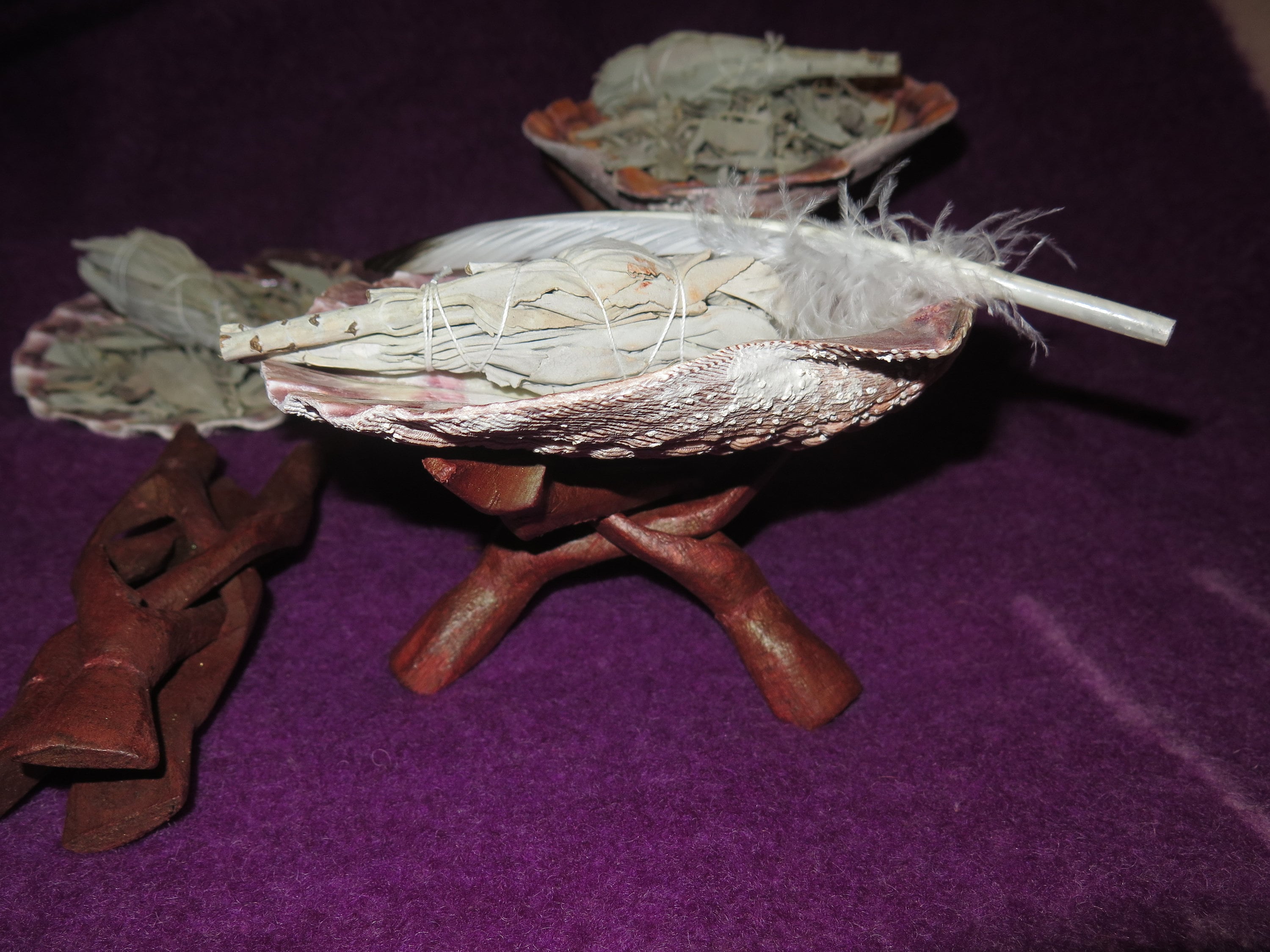 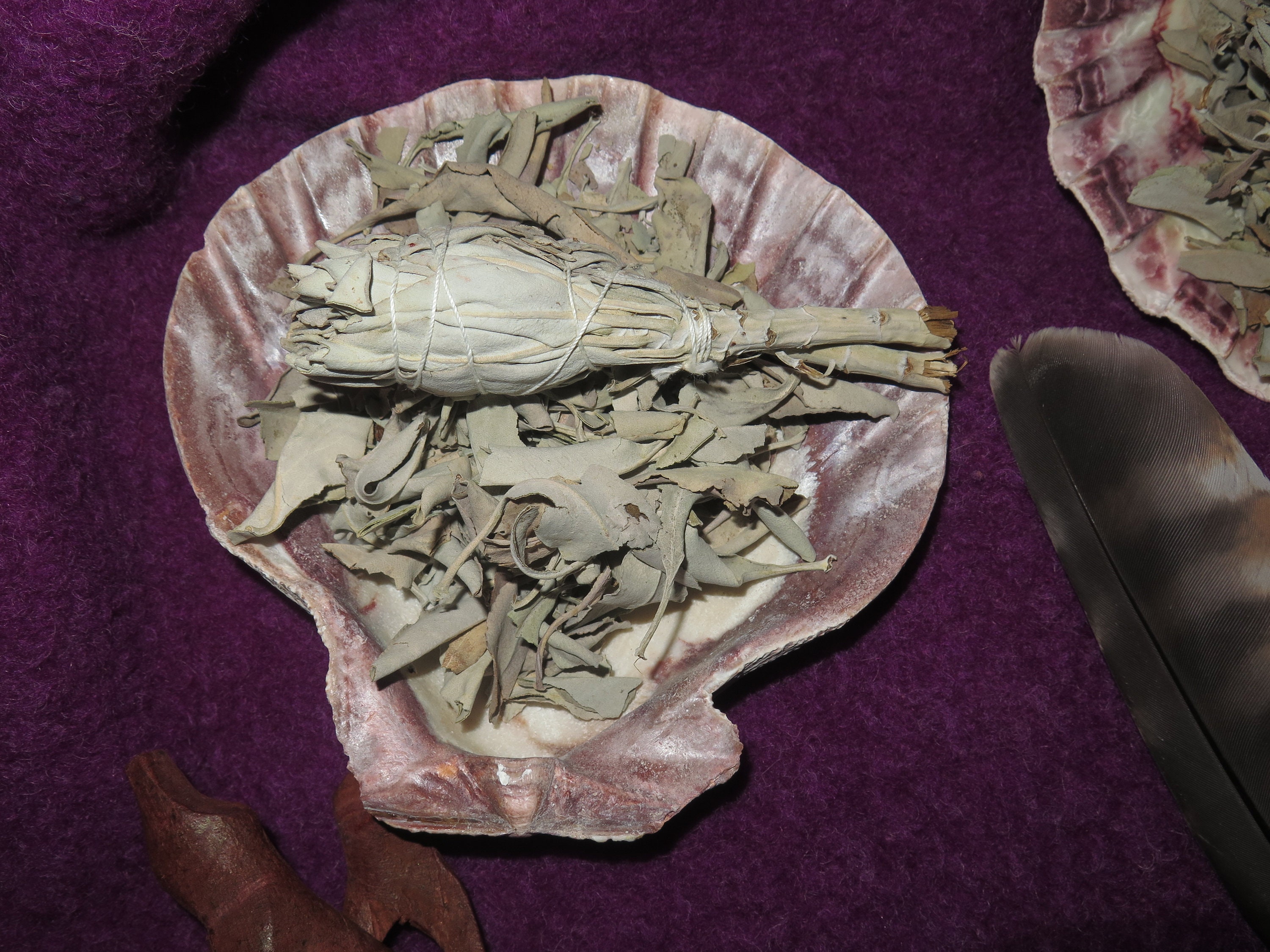 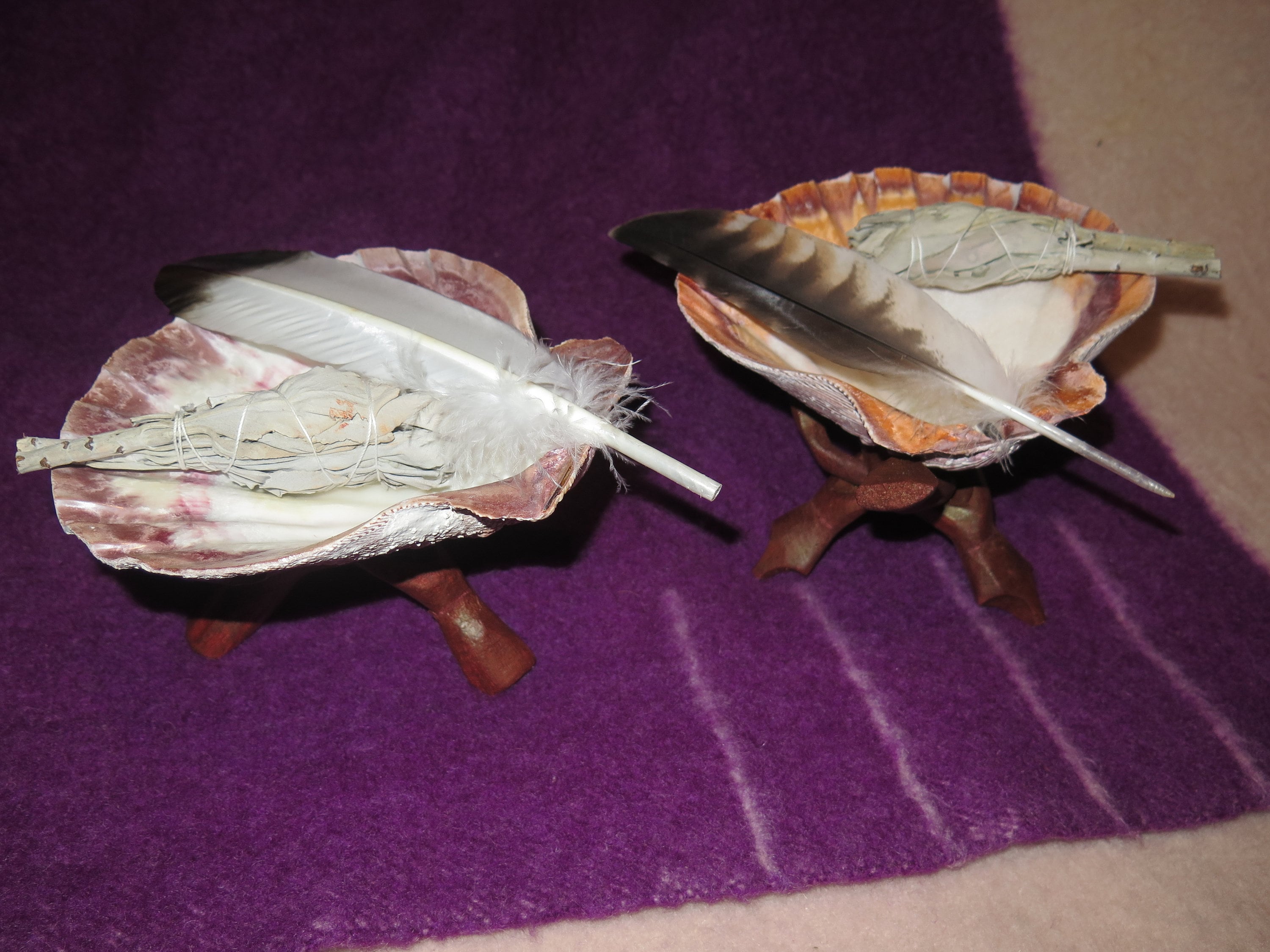 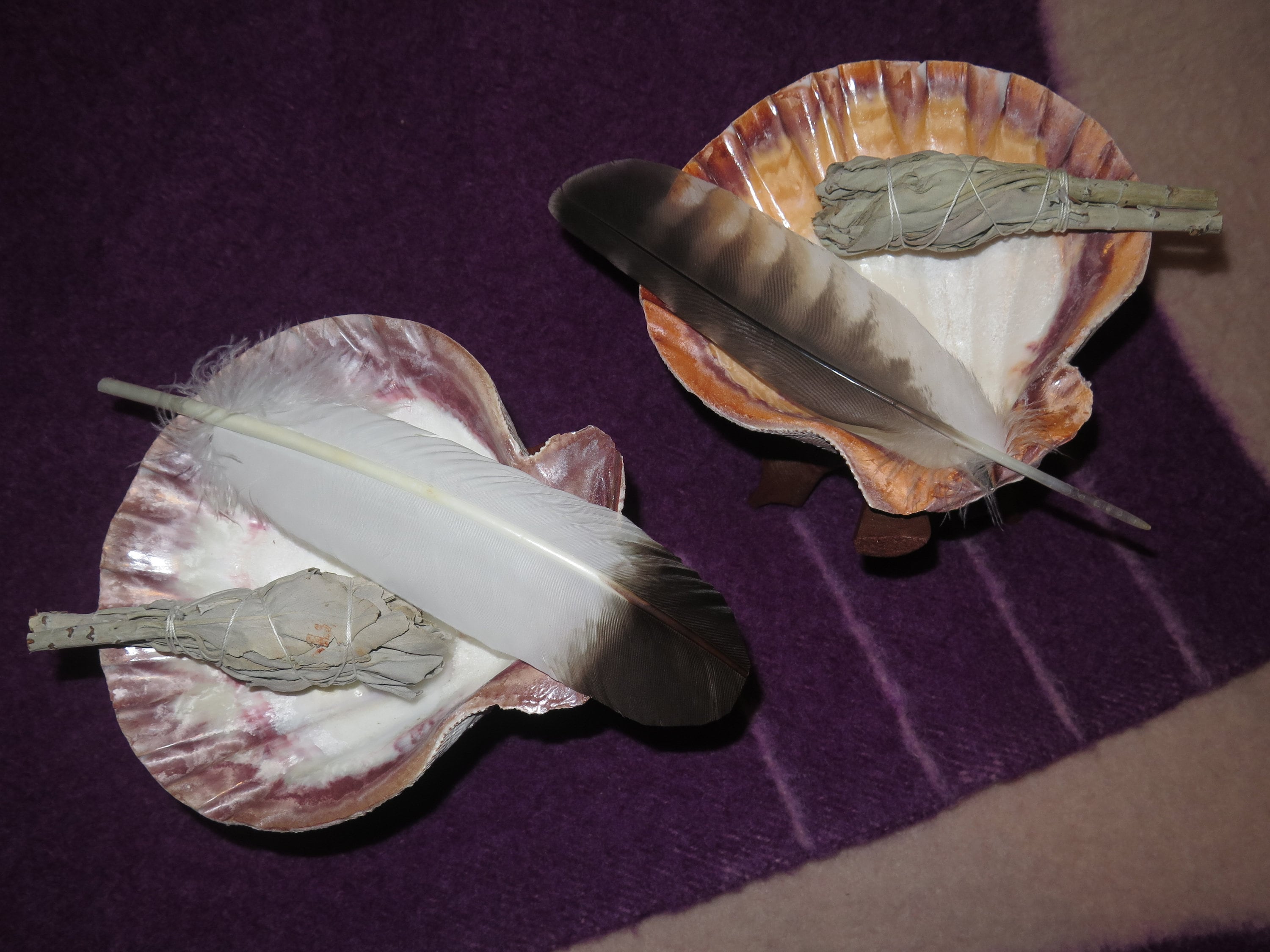 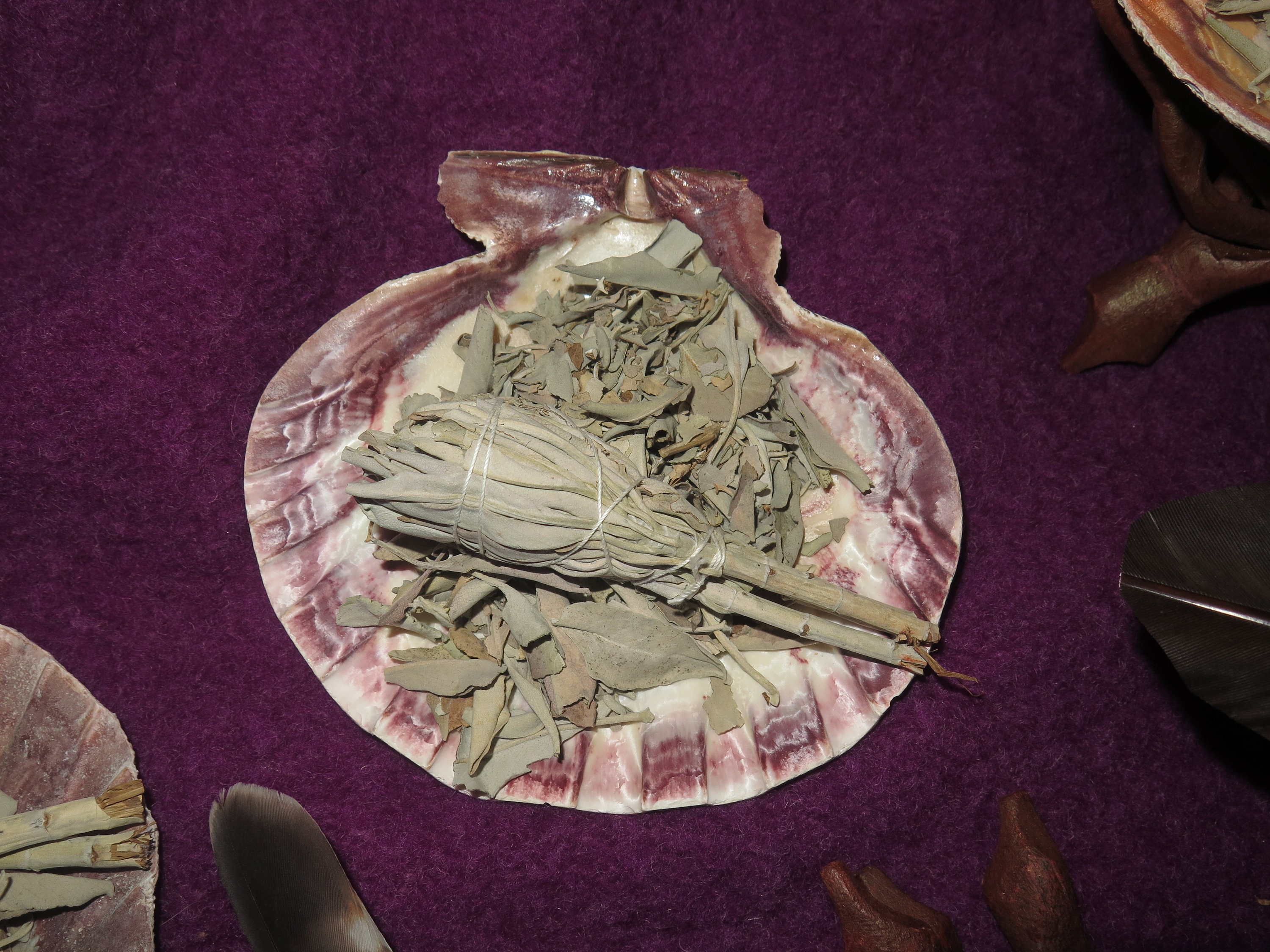 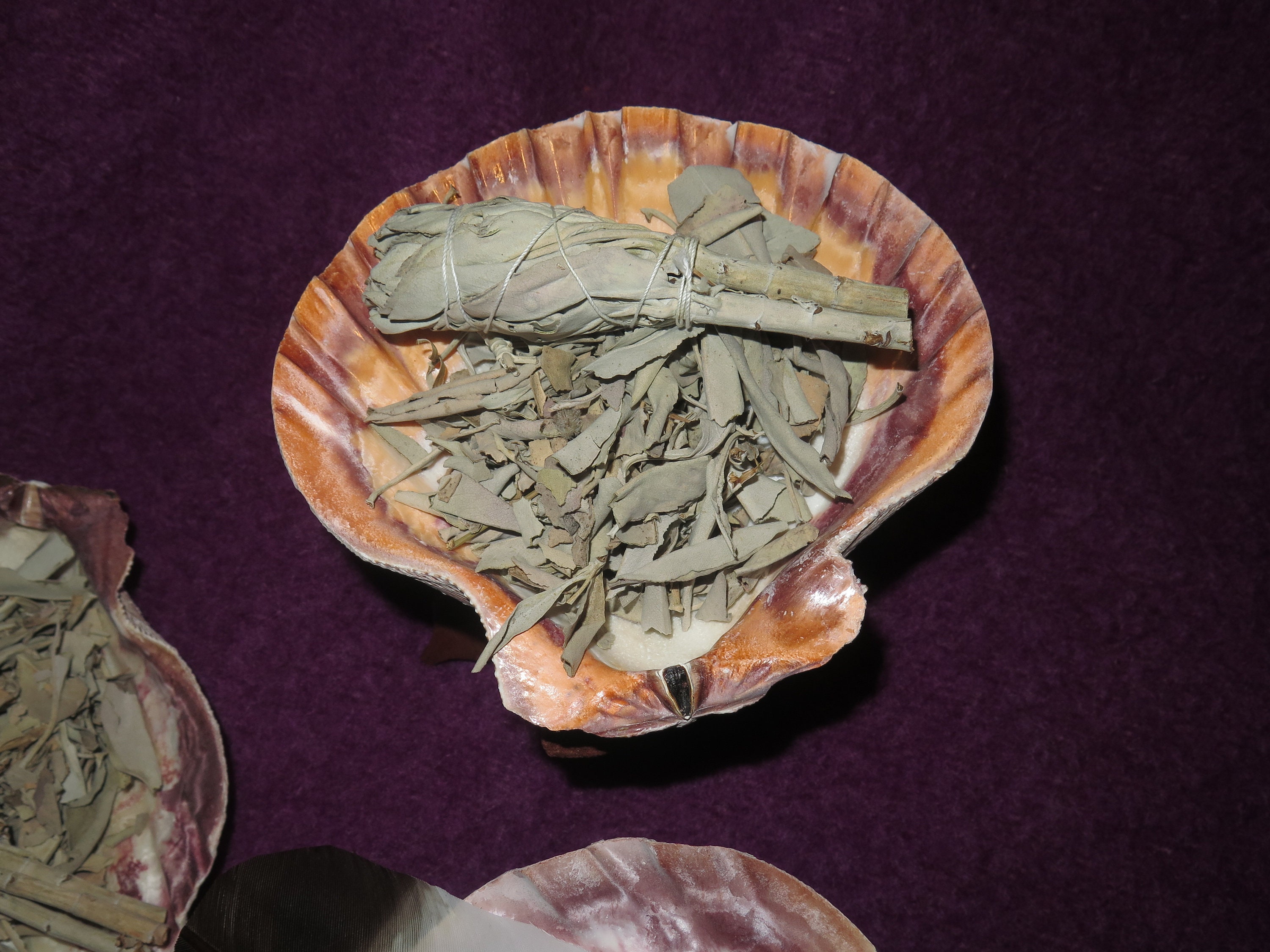 Spend $200 and get 15% off your order
Shipping to : Free
Calculate Shipping

Our Ceremonial Smudging Set set includes everything you will need to smudge properly.

This set comes with:

Atlantic Scallop Shells make a nice alternative for smudging. We offer natural Scallop Shells to hold Smudging materials like Sage or Incense. Many people prefer to use a natural Smudge Bowl like a shell in Smudging ceremonies.

These large shells come in big beautiful purple, pink and white colors. Atlantic Scallop Shells are Very strong and are a heavy scallop shell.
These Shells are normally found at depths well below 150 feet from the surface of the water bottom of the ocean, on rocky bottoms. They are much heavier than Abalone Shells.

We include Scallop Shells in our Spirit Ceremonial Smudging Set.

Our Scallop Shells measure approximately 6″ wide 6" long and over 1″ deep. These are natural products, so expect variations in color and size.

We offer a unique wooden stand to hold your shell or smudge bowl while burning herbs. Called a ‘Snake Stand’, the three pieces spread out to form a sturdy base. Place your Eastern Atlantic Scallop Shell or Abalone on it. Add your favorite smudge stick or loose sage and light!
The Wooden Snake Stand measures 6″ long when it is folded. When you open it, it stands 4″ high.

White Sage Smudging Sticks White sage for Smudging can be rolled into a smudge stick or left loose in a small pile for purification and cleansing rituals. Smudging rituals are done in several ways. You may see dancers being smudged before they enter the dance circle at a Powwow. White sage is also used in purification rituals on individuals who require healing for physical or psychological illness. Rooms in a new house, or a meditation space can be smudged to cleanse them of negative energy. Ritual items like crystals can also be smudged to clear them of negative energy.

White sage is an evergreen perennial that grows in the Southwestern part of the United States The oil and resins in the leaves release pleasant fragrance when they are crushed, rubbed or burned. Native Americans in the western U.S. have used this fragrant, commonly found plant as a source of food, to brew tea, and as an herb used in purification ceremonies.

We offer a replicated Eagle Feather for a smudge feather for the White Sage Smudging. You burn the white sage for smudging as a smudge stick or loose leaves. Light a smudge stick and fan it gently with a Smudge Feather to spread the healing smoke. A Smudge Eagle Feather is often dedicated to this purpose that you might want decorated with leather and beads.

Our Ceremonial Smudging Set set includes everything you will need to smudge properly.

This was even more beautiful in person. Thank you so much. I will be ordering from this shop again. Beautiful

The smudge set was delivered promptly, and was extremely well packaged. The set includes everything needed for smudging. I will begin as soon as I get the book read! Very interested in it. Thanks!! ;)