RELOCATING EVERYTHING IS ON SALE These Items and War Clubs are perhaps the closest thing to an original piece of lost history you may ever find. 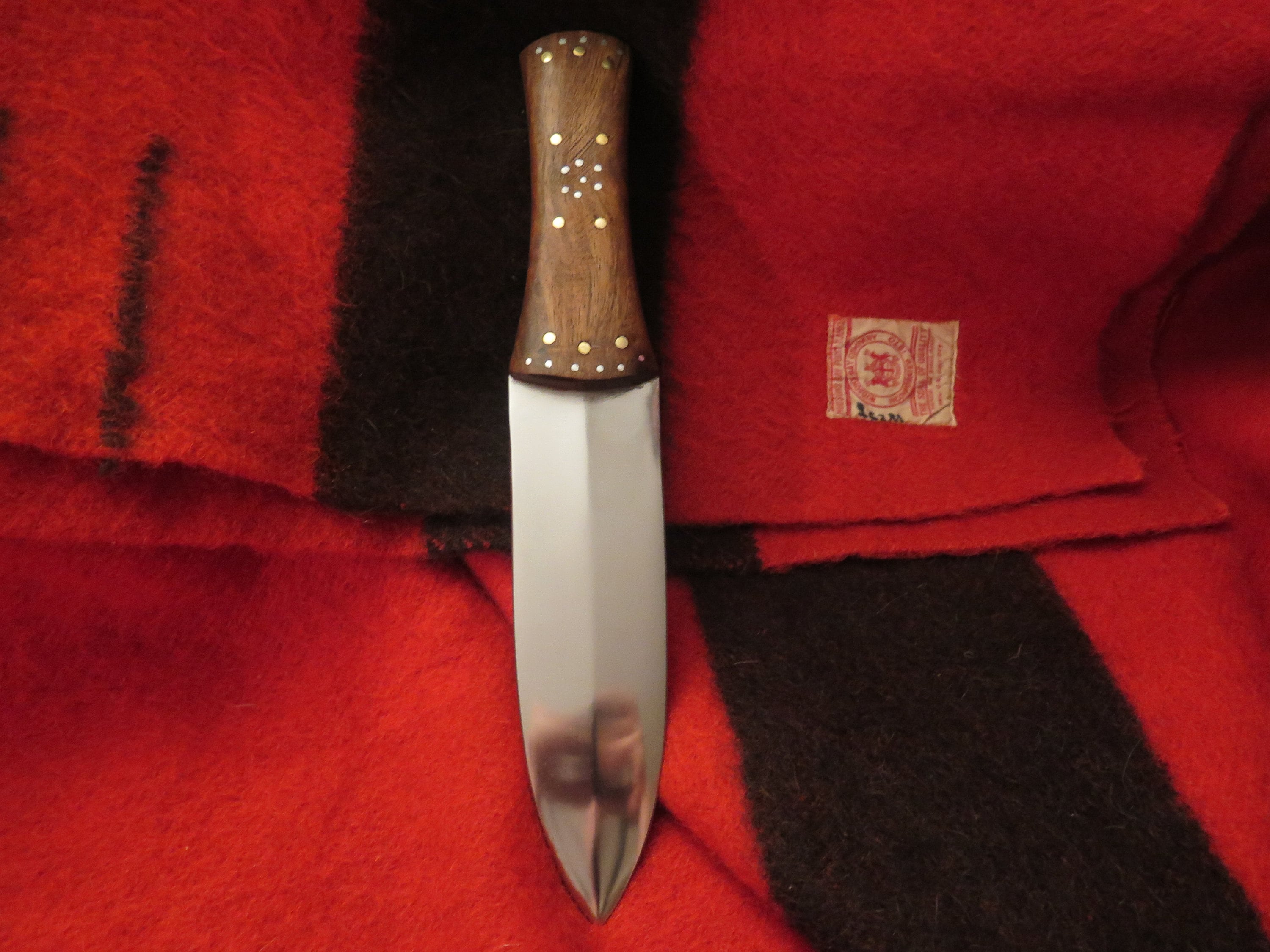 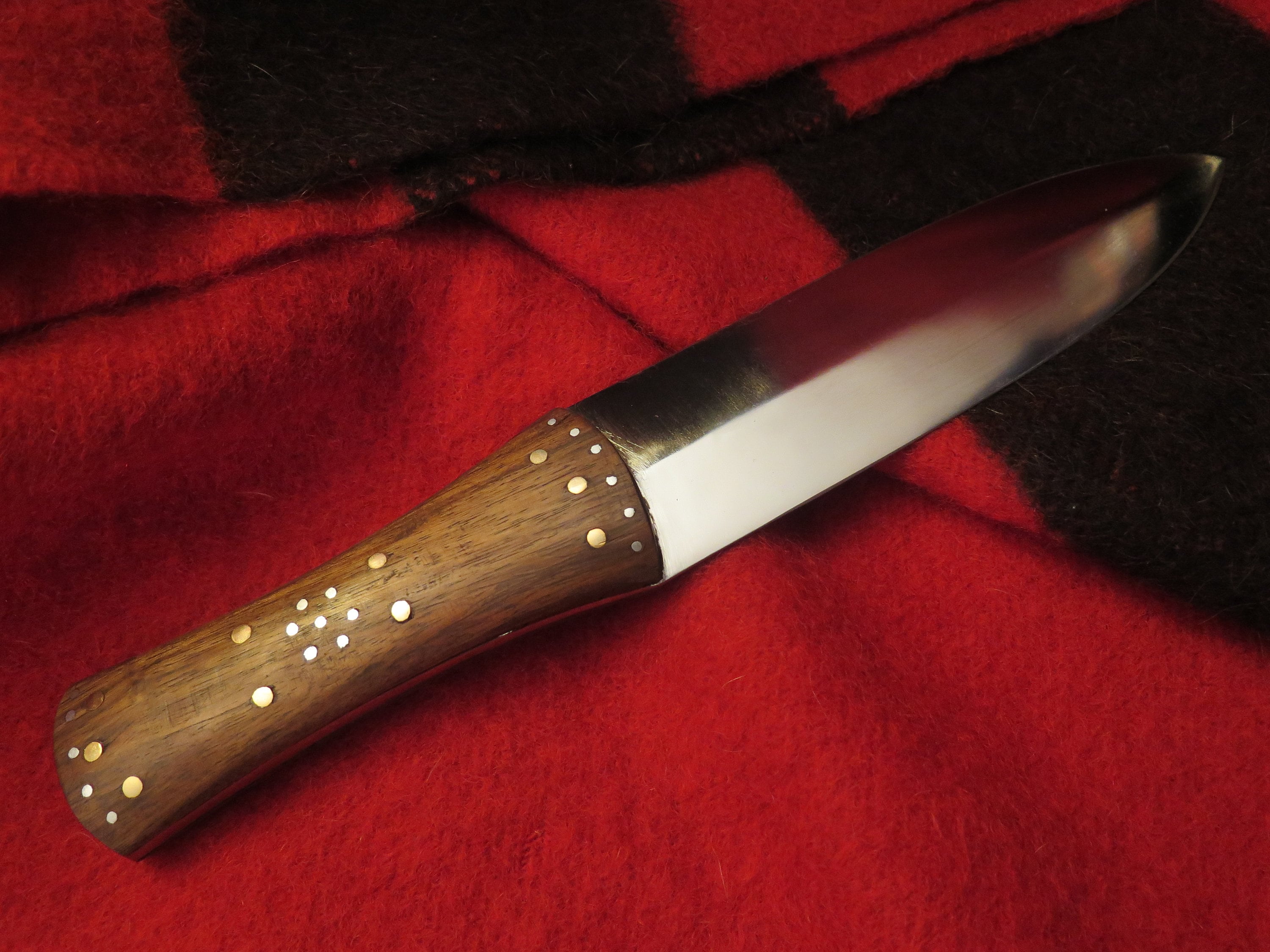 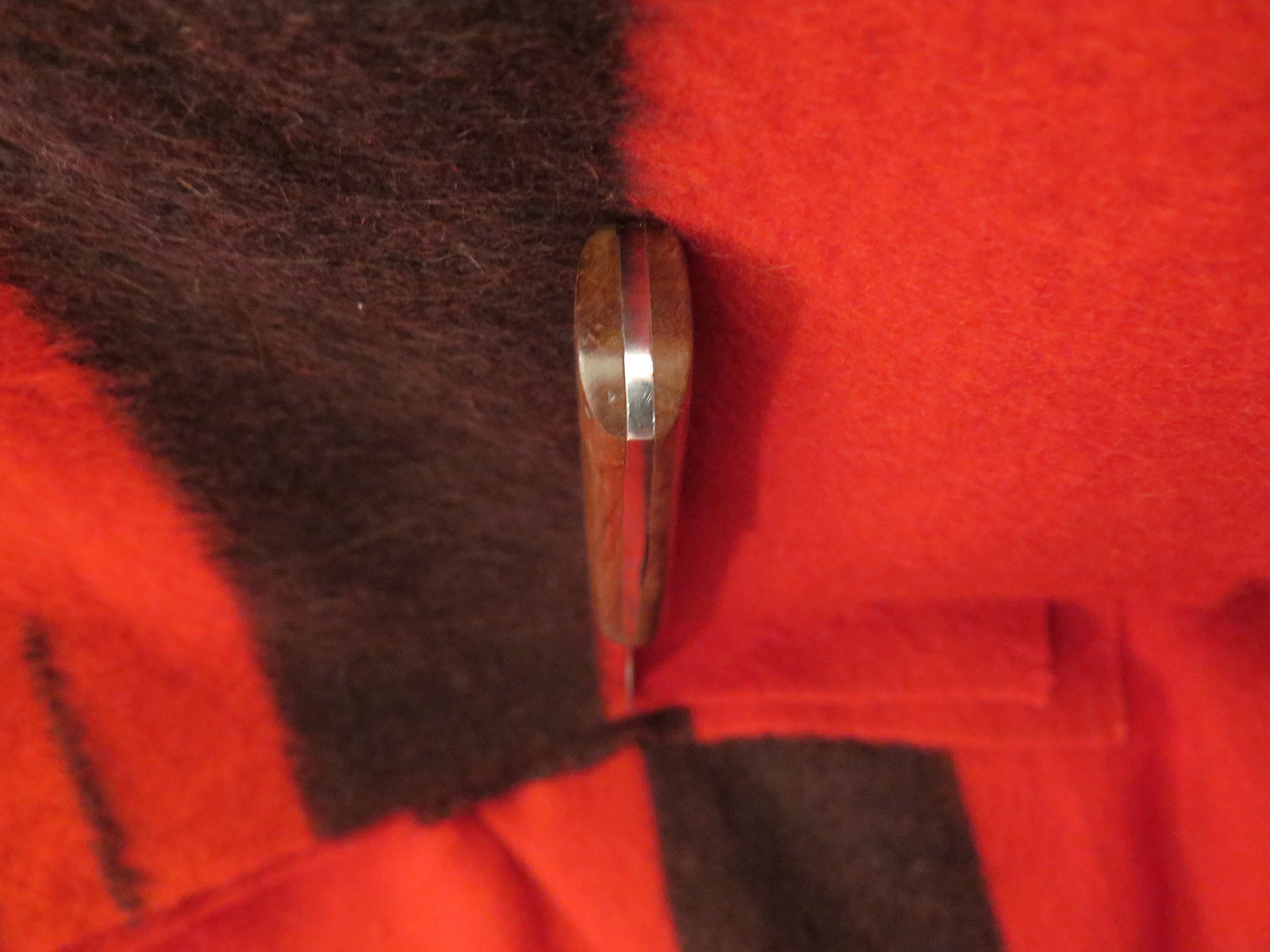 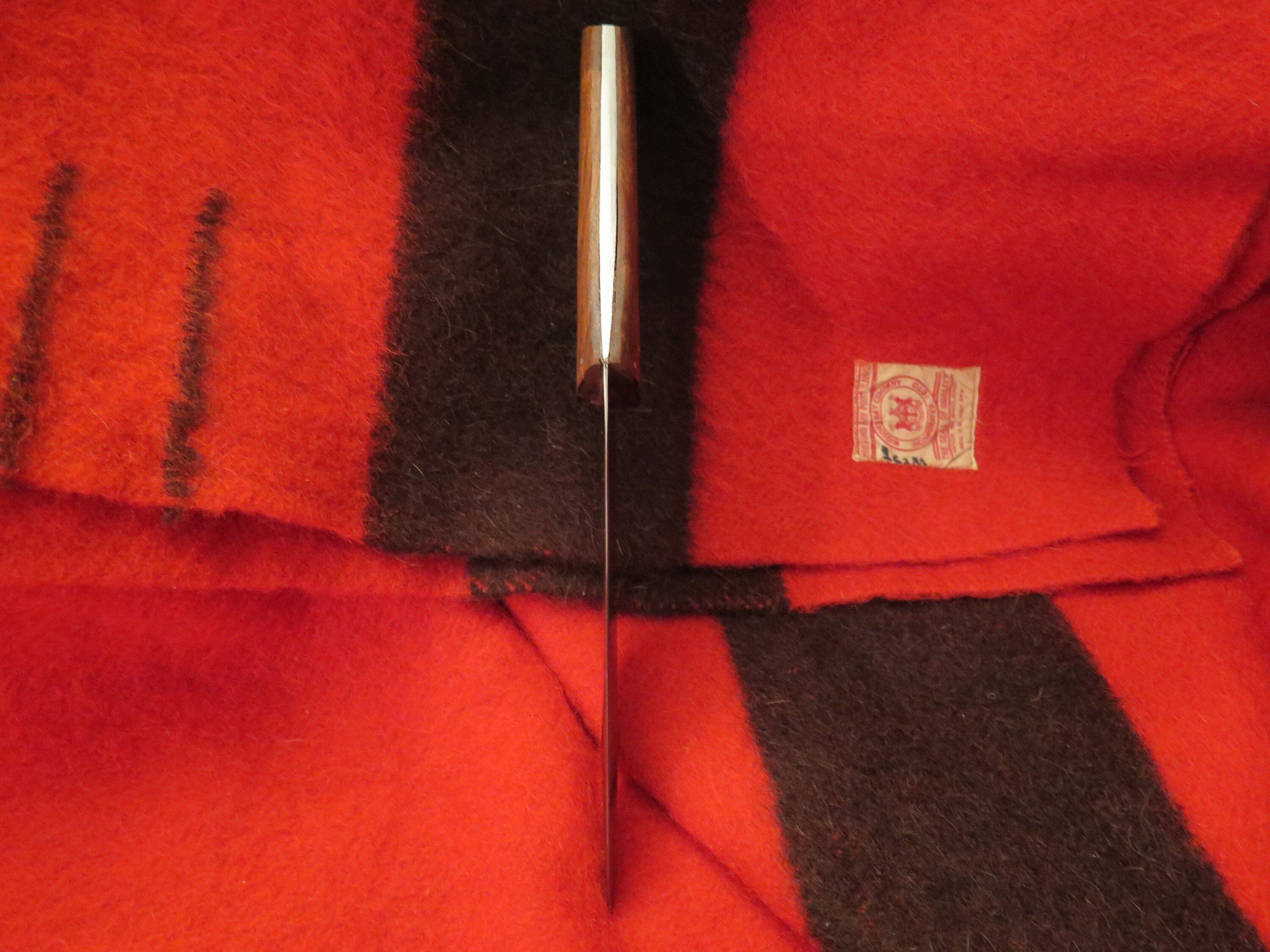 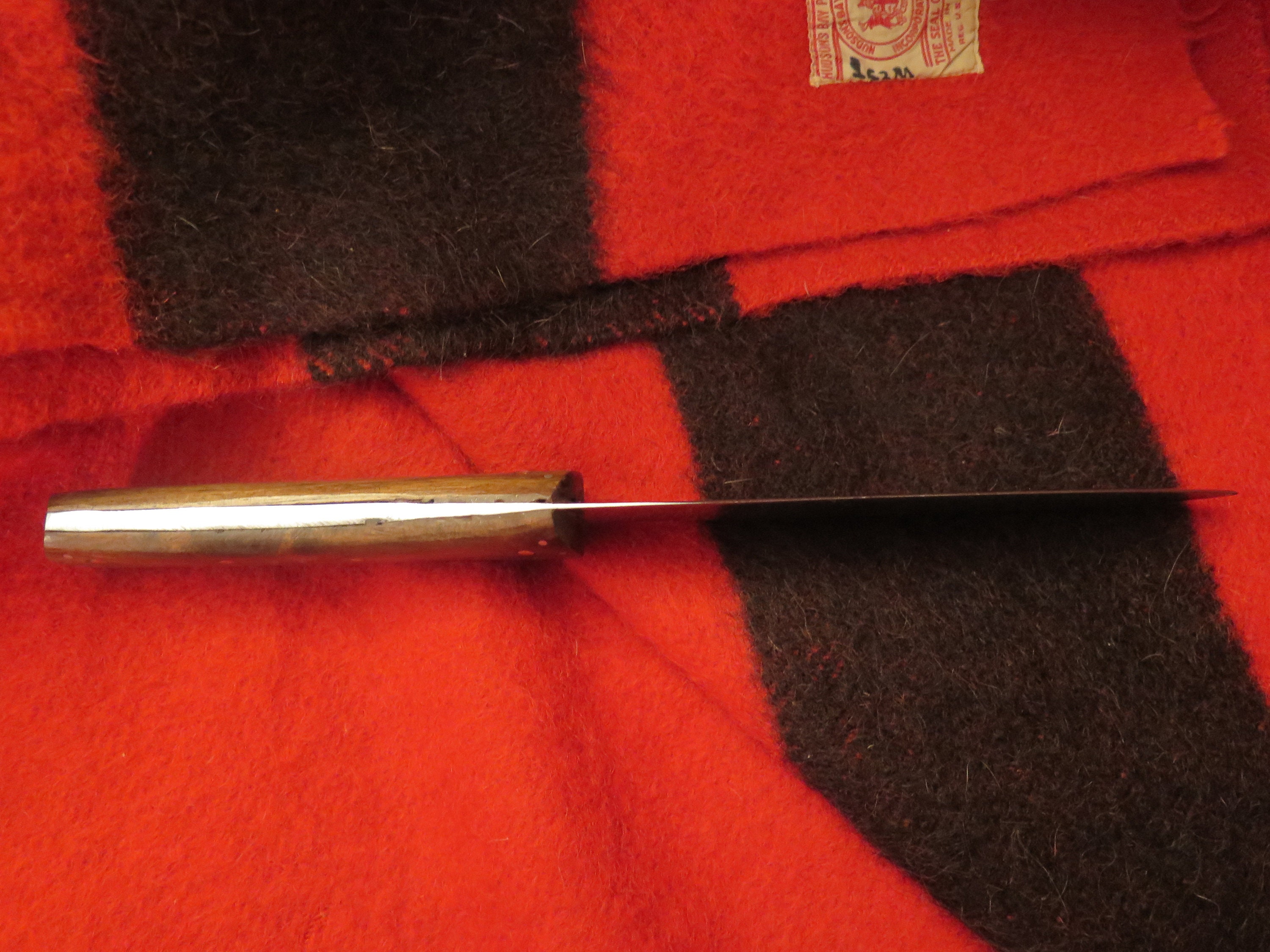 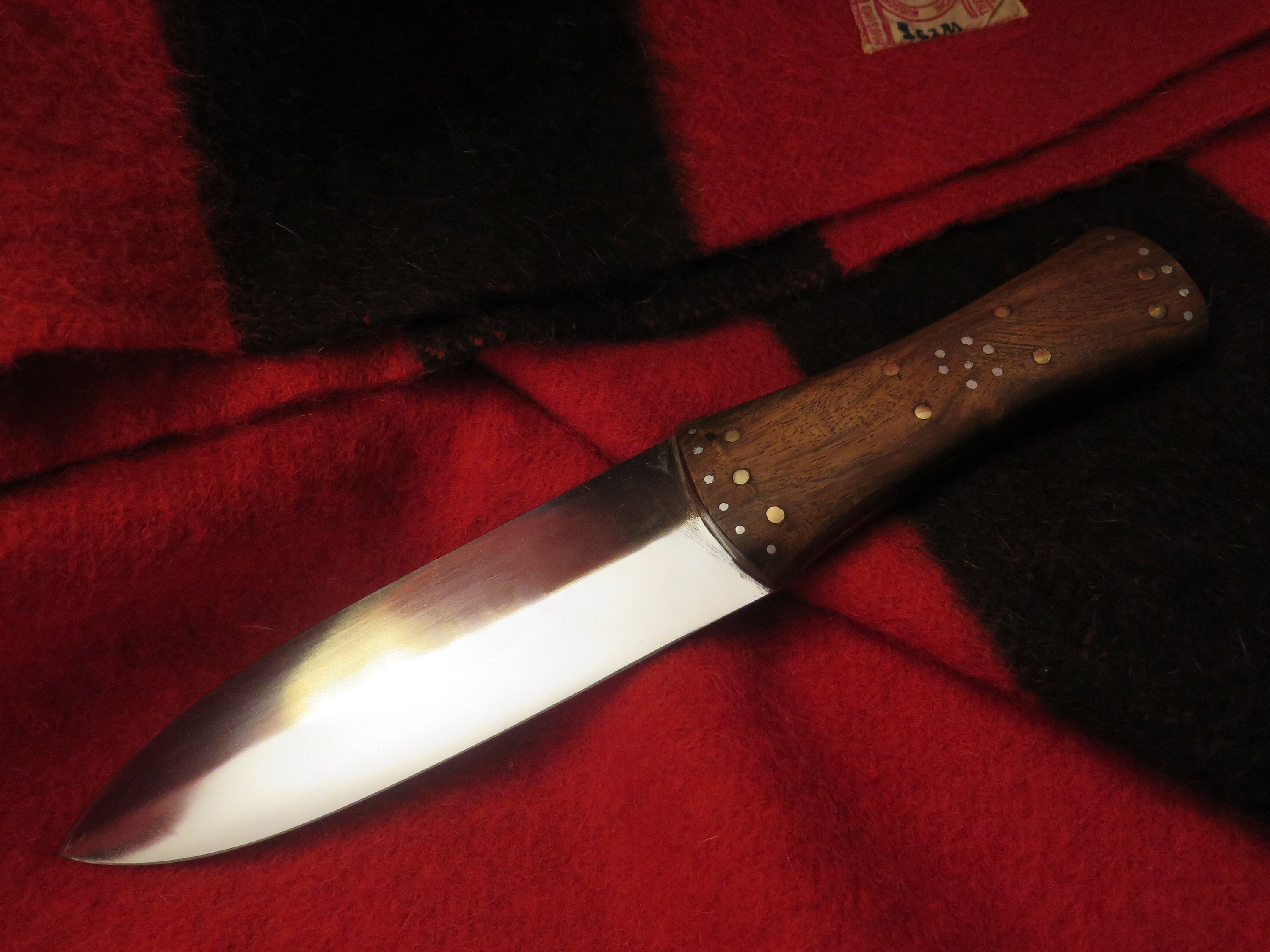 Description
THIS IS A PRIMITIVE HANDMADE INDIAN TRADE KNIFE PATTERNED AFTER AN OLD INDIAN MADE EXAMPLE. A HAND FORGED BLADE WITH A RIVETED HARDWOOD HANDLE AND DECORATIVE BRASS PINS. A FINE 7″ BLADE WITH OVERALL LENGTH APPROX. 12″. A GREAT ADDITION TO YOUR OUTFIT. SHEATH NOT INCLUDED.

Beaver Tail Knife Native Americans often imitated shapes from nature when they crafted objects. Inspired by the beaver's tail for which it is named, this carbon steel blade is of a type traded in the early years of Eastern American colonization.

Aki Trading Post's Beavertail knives are authentic reproductions of a pre-1850s Native American knife style that took its name from the shape of the blade. Our primitive handmade trade knife is patterned after an old Indian made example that had wide distribution in the northern districts of the American fur fields. The 7" double-edged blade is hand forged from carbon steel with a 1/4'" Spine and finished off with beautiful, dark hardwood scales attached with heavy brass pins. Smaller decorative nails surround the pins, accenting the handle and creating an authentic style knife. Approximately 12" overall.

They were a common but important trade item offered by various fur trading firms, including the American Fur Company, the Northwest Company, Pierre Chouteau Jr. & Company and the Upper Missouri Company. Designed to compete with the Hudson's Bay Company's "Hand Dague", these were introduced in the 1790s. They continued in production with handles until about 1850 and continued to be supplied without handles until the end of the 19th century.

The most common sizes of Beavertail knives had 7" and 9" blades, with fewer numbers made in 8" and 10" lengths. Those sold without handles were often hafted with bear jaws, mountain sheep horn, wood, horn and copper by their Native American owners. Most were produced by cutlery firms in Sheffield, England, including such well known makers as Sorby; Jukes, Coulson; Jukes, Coulson Stokes & Co. Many were marked with the "CROSS L", an early 19th century HBC house brand.

A pleasure to do business with. Nice quality item! Thanks!