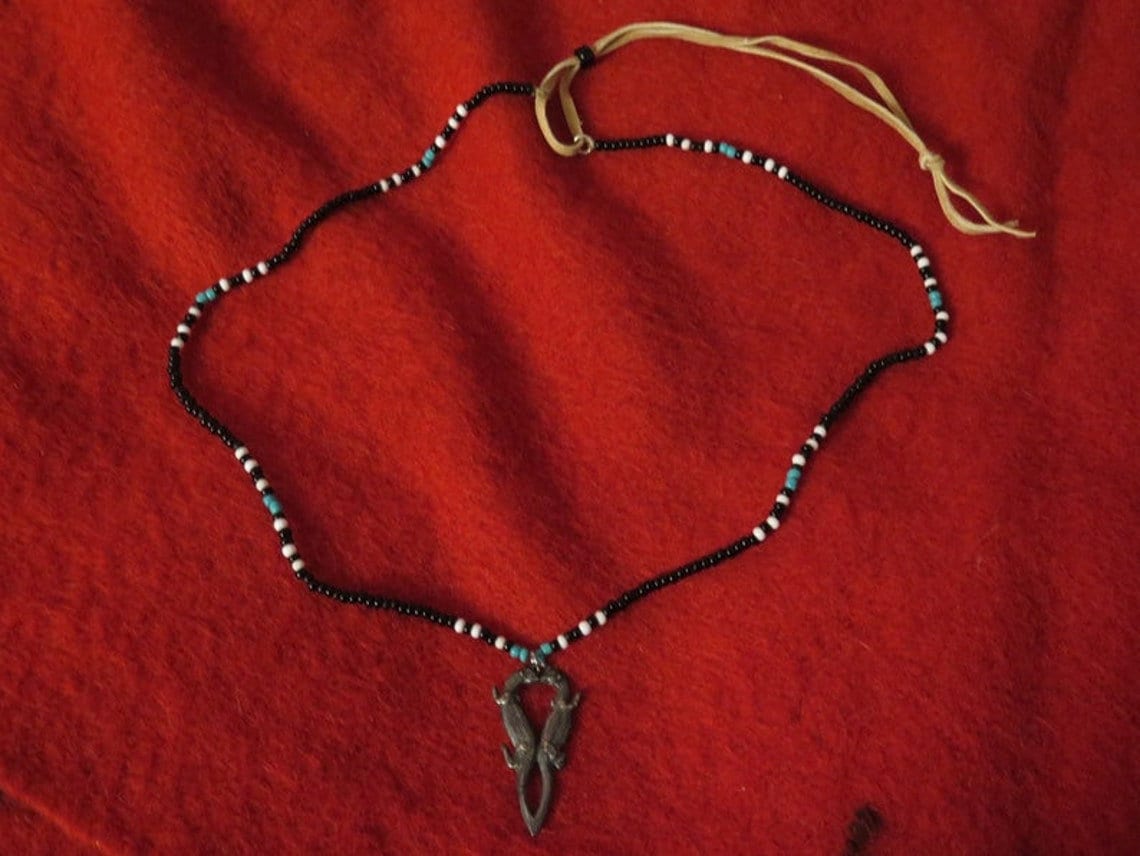 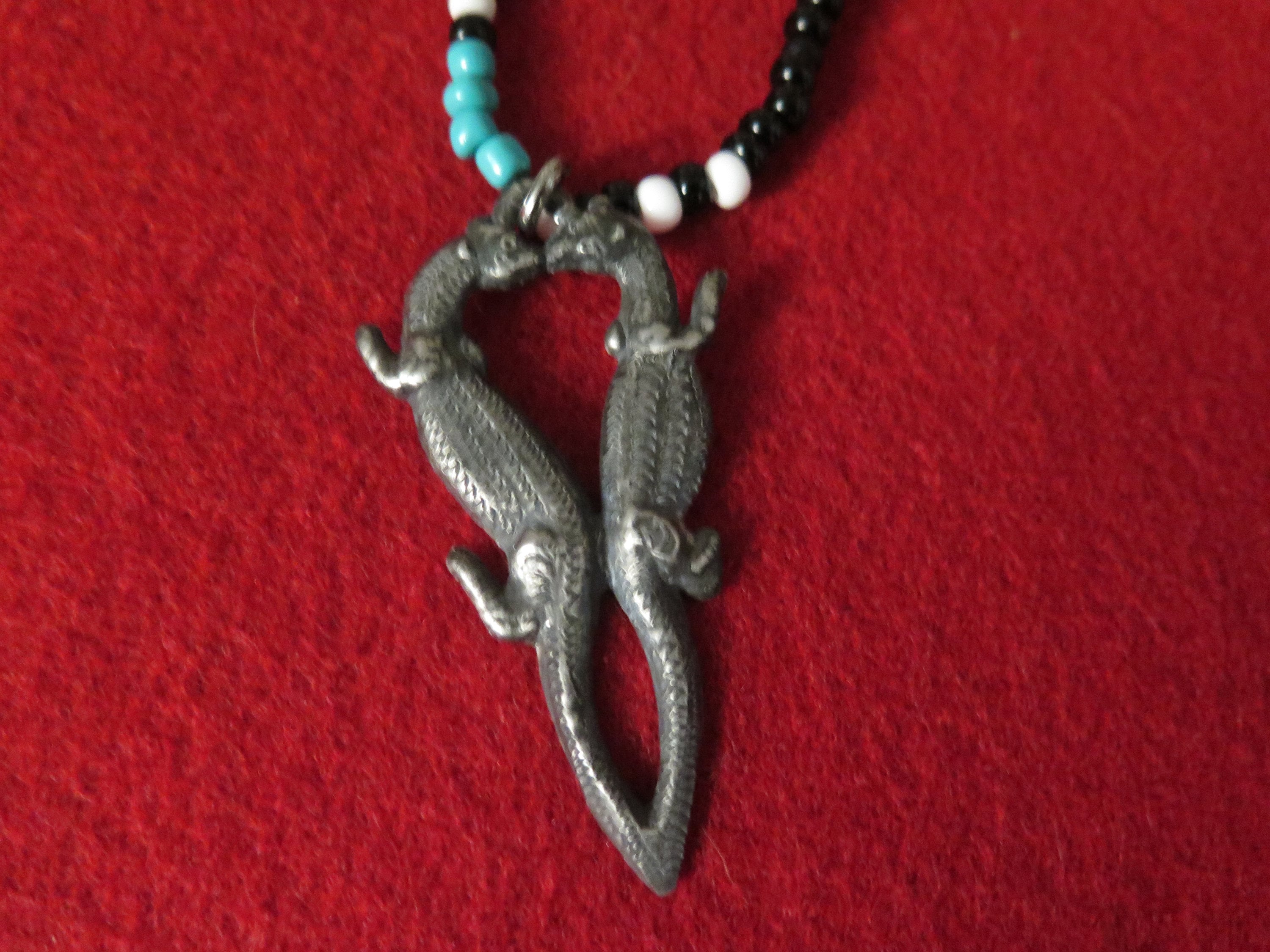 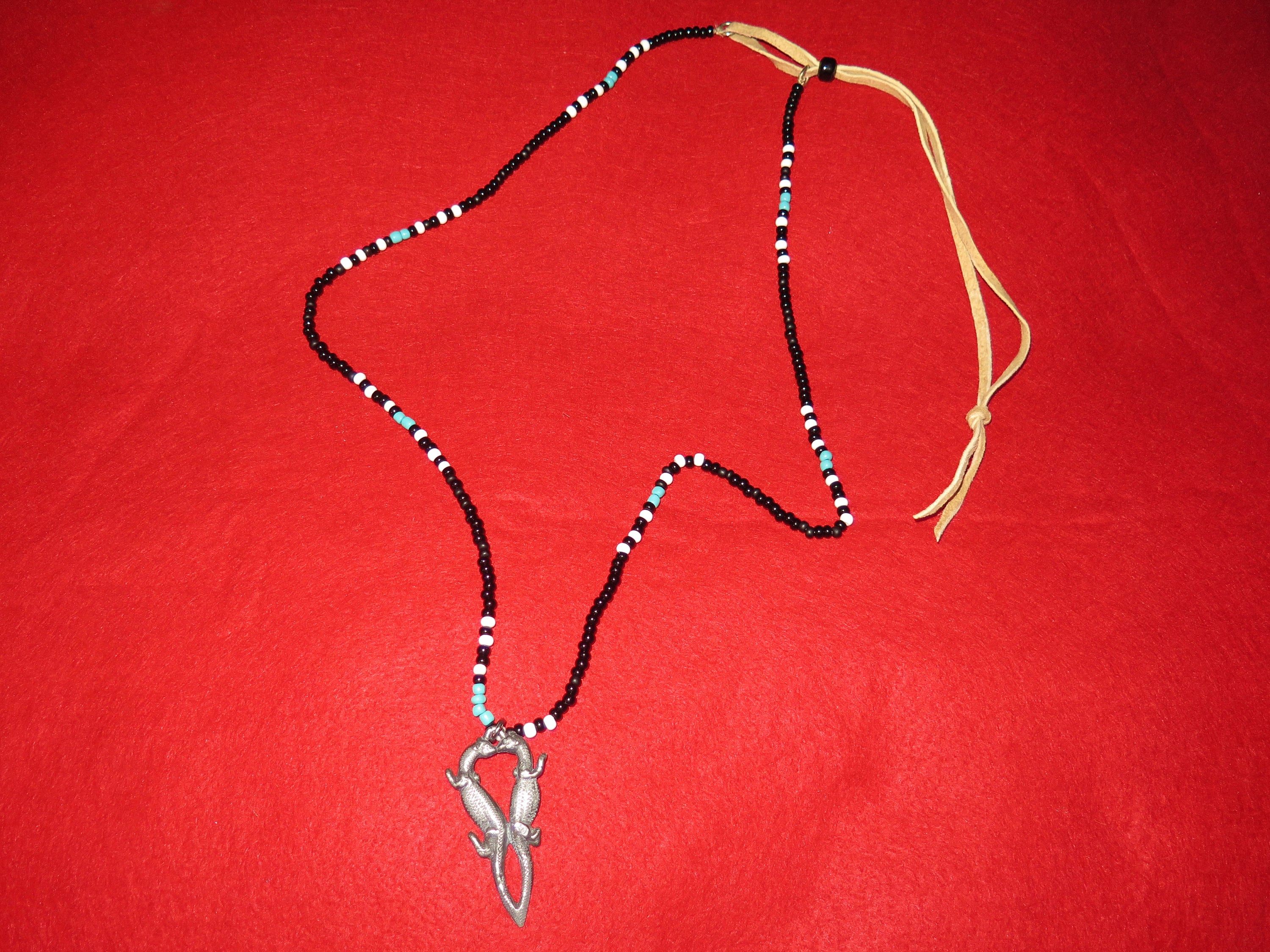 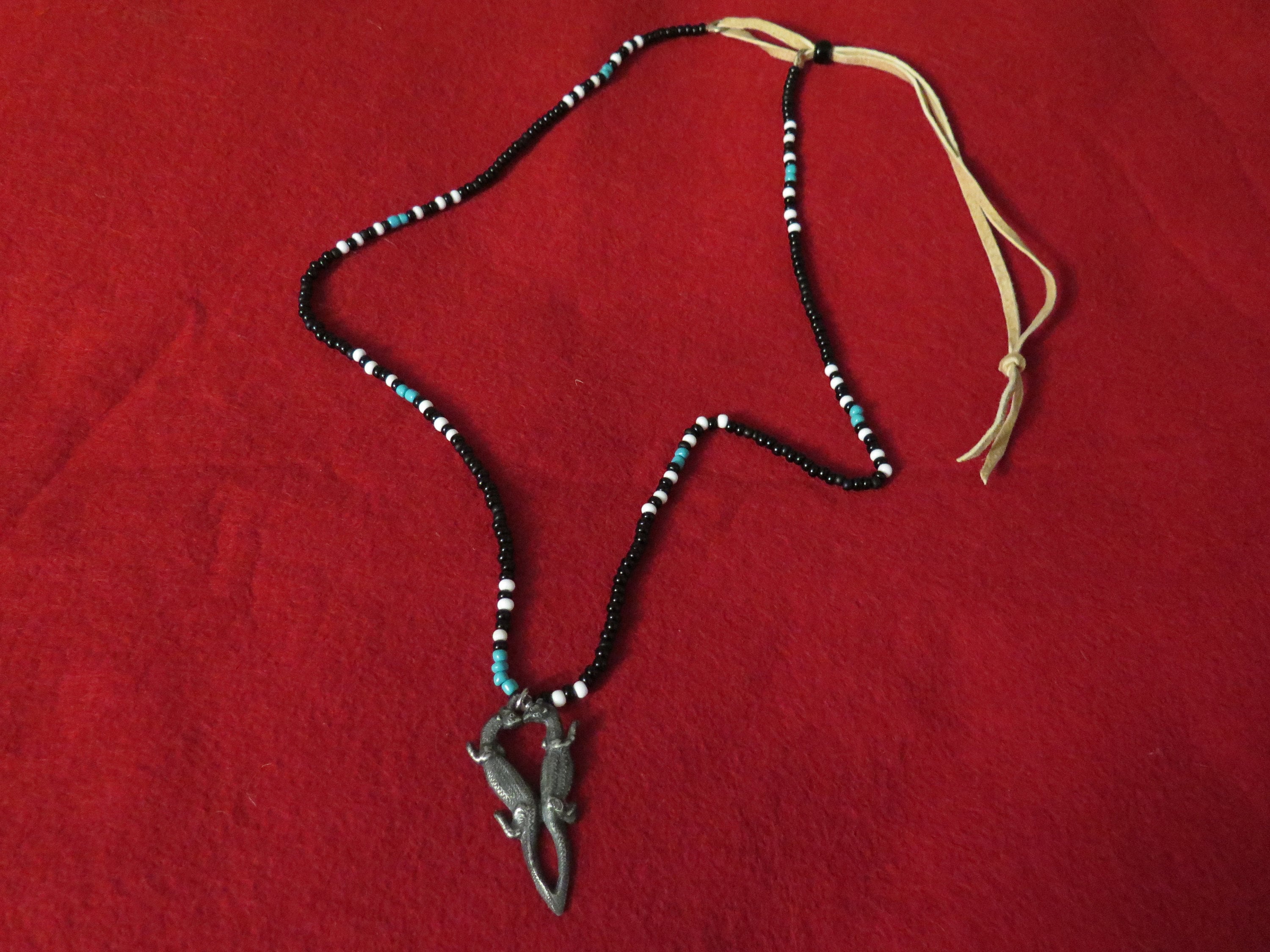 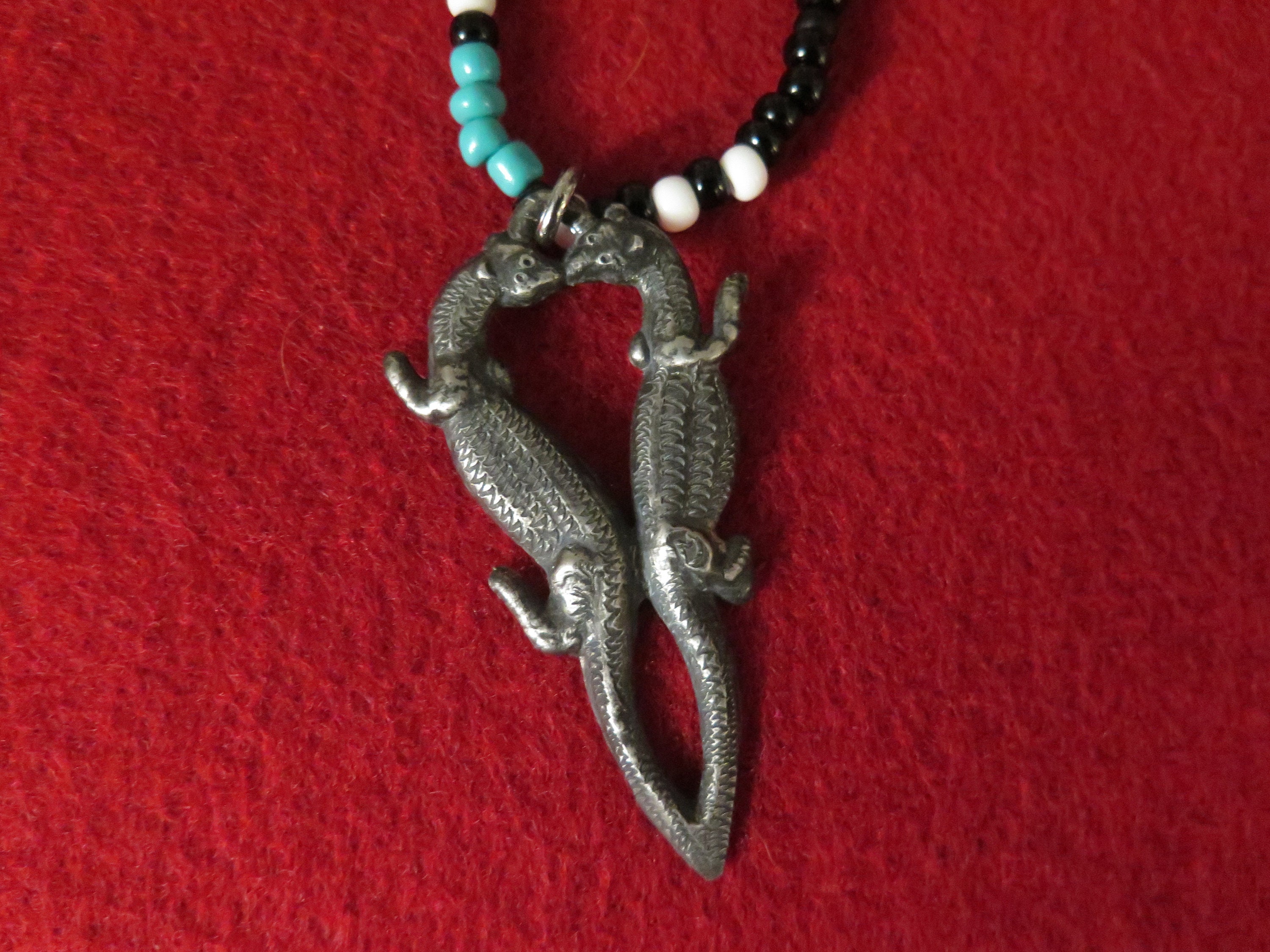 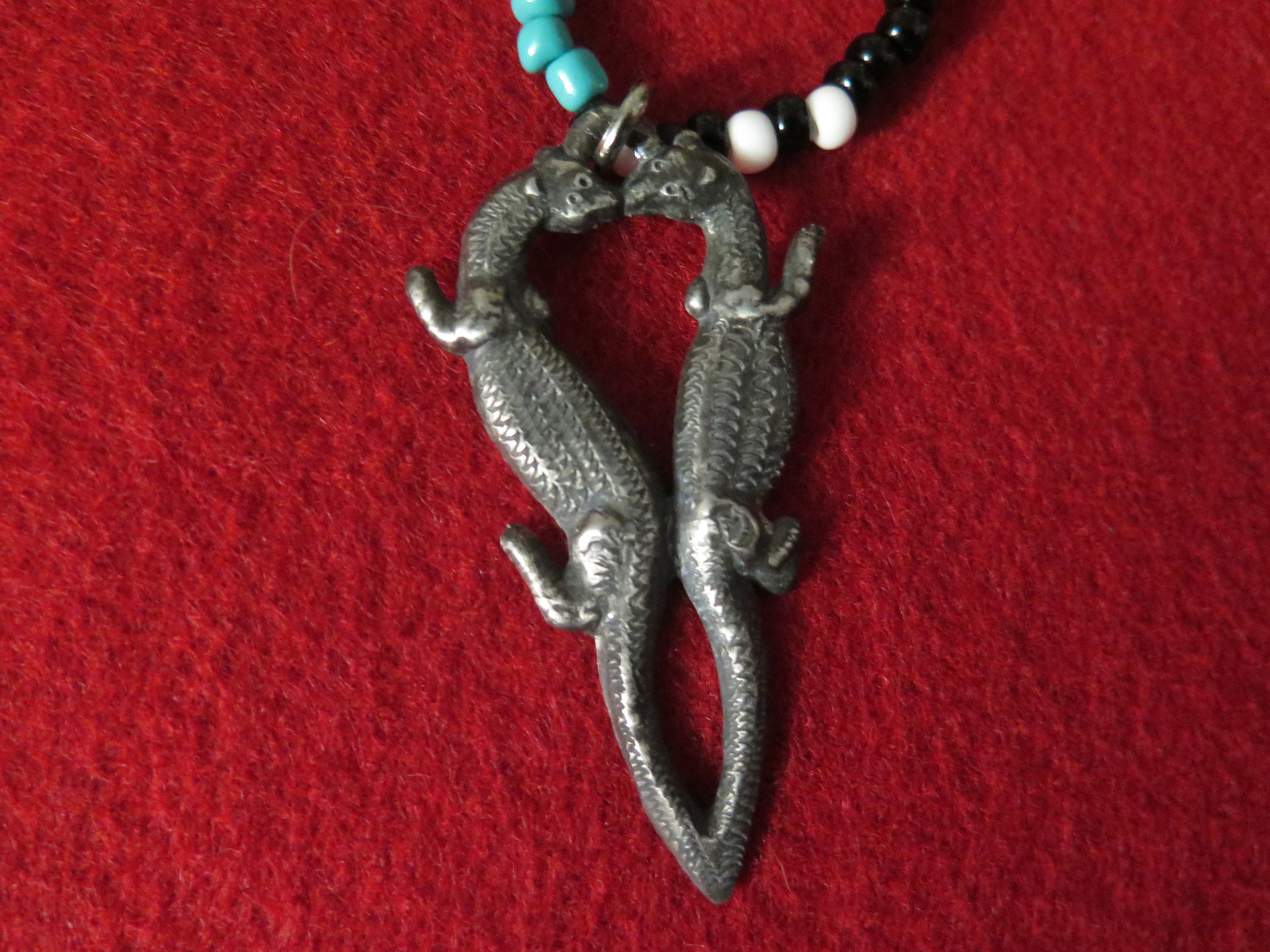 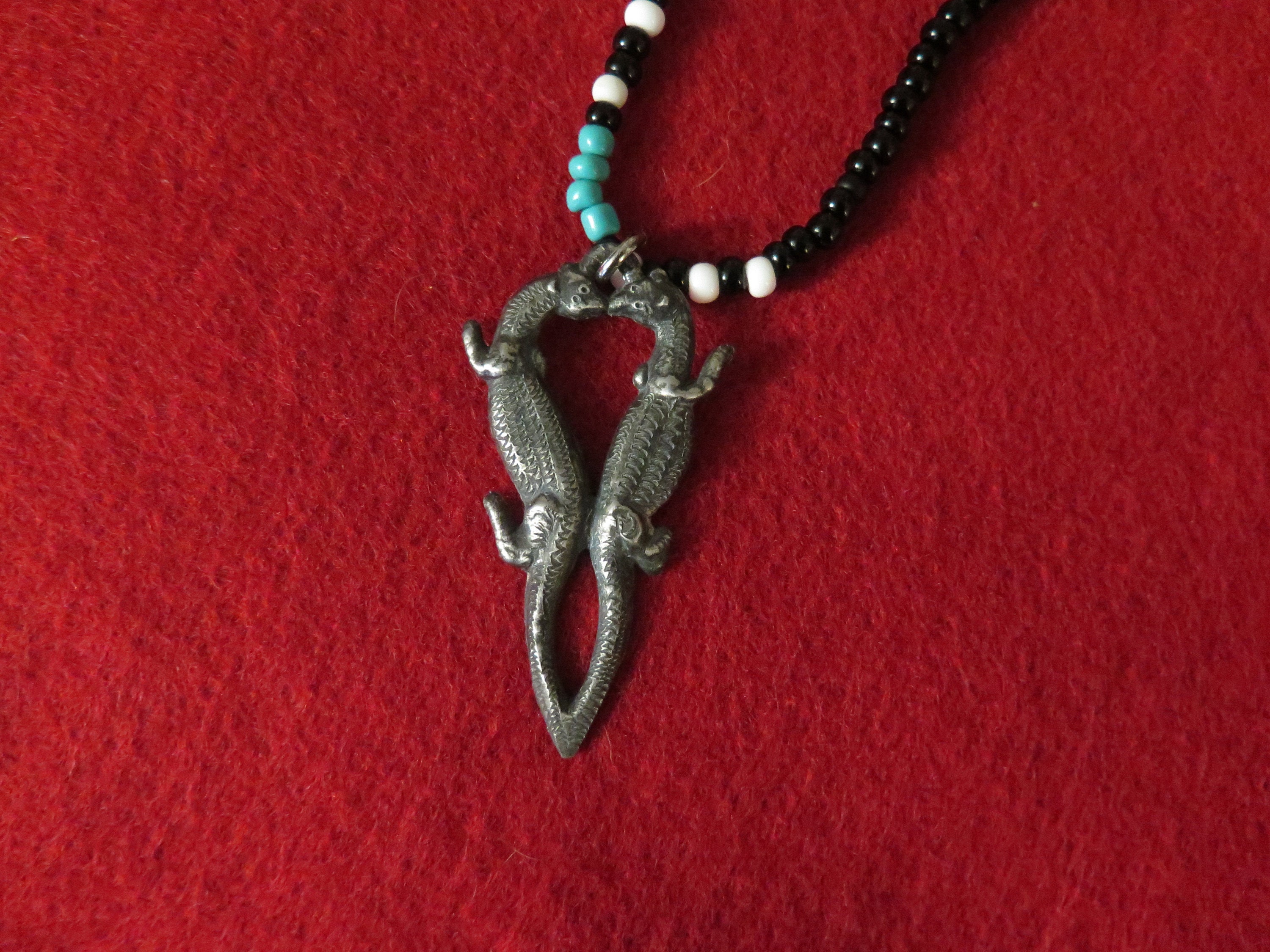 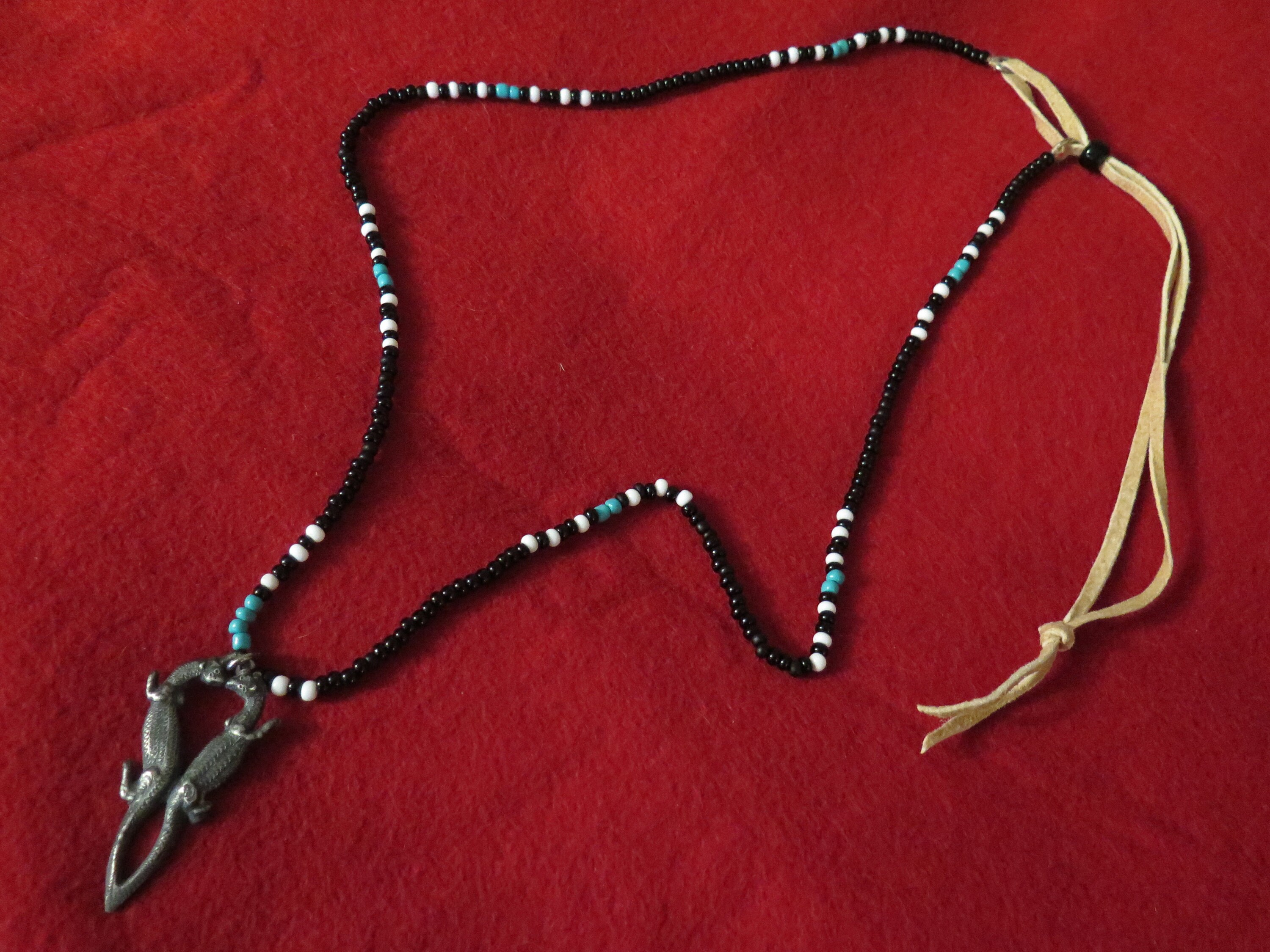 Spend $200 and get 15% off your order
Shipping to : Free
Calculate Shipping
Ask a question

1. Fur Trade Kissing Otter
Hudson Bay Fur Trade Kissing Otter Pendant that is 2-1/4" long by 1-7/8" wide at the pendant. . There laced in sinew with Glass Beads as well on the necklace. The necklace will measure 17" long w/adj soft Leather Lace.. Our pewter pendants are faithful reproductions of original pieces from the Fur Trade Era and are finished in an antique silver color. These pendants were worn by Fur Traders and Native American and were common among-st and through out the Eastern Northeast Northwest and Great Lakes Indians.